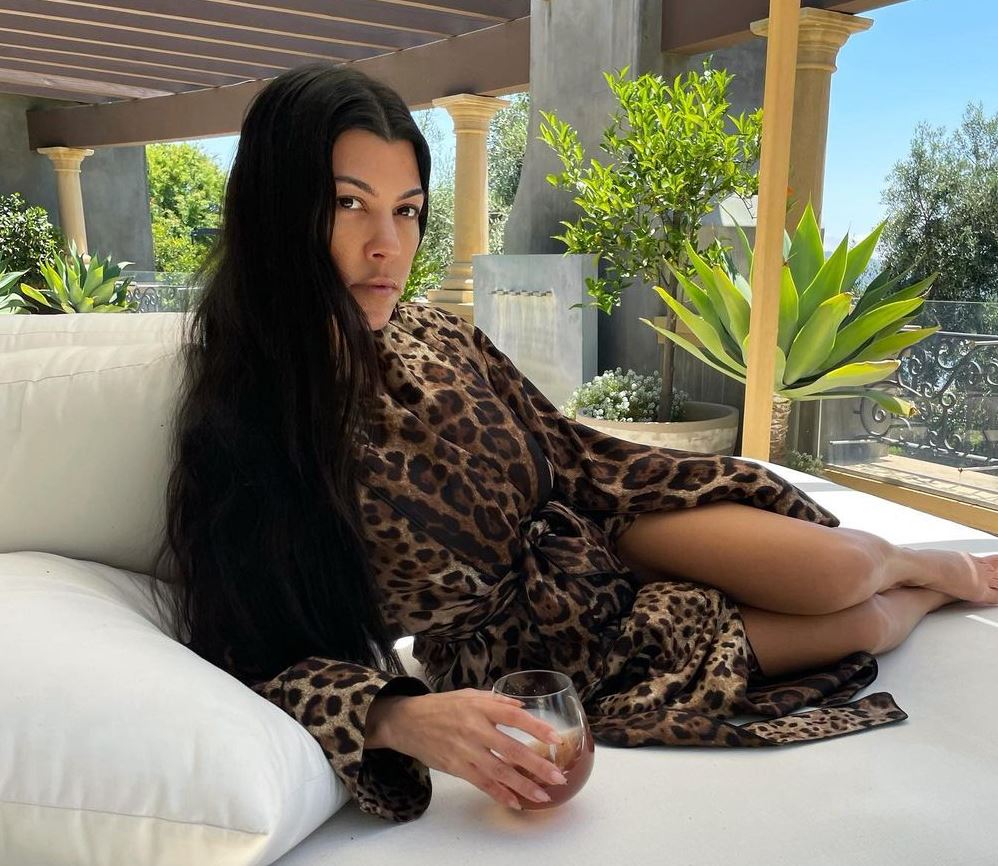 It turns out that things seem to be going great for Kourtney Kardashian in her new relationship. E! Online shared about how she has an amazing relationship with Travis Barker’s daughter Alabama. Kourtney does have three children of her own with Scott Disick. It isn’t surprising at all that she is getting along with his daughter so well.

Alabama is 15-years-old and Travis shares her with ex-wife Shanna Moakler. A source close to the situation said that Kourtney is really close to Alabama. She doesn’t have a great relationship with her mother, though. Alabama has ranted about her mom in social media in the past. The source says that Alabama actually looks up to Kourtney Kardashian. That is a pretty great role model to have in your life.

The source did say that Kourtney Kardashian invites her over to do things like pilates. They went on to reveal “Of course, it will never be as if Kourt is her biological mother, but it’s comforting for Alabama to have Kourt around. Both of Travis’ kids love Kourt and are so happy seeing their dad in love. It’s been a great fit for everyone.”

Kourtney and Travis Make Time For the Kids

Since Kourtney Kardashian and Travis Barker started dating, they have made it clear the kids are a priority. Travis also has a son Landon, who is 17-years-0ld. Recently, the couple hung out with Alabama, London and Kourtney’s daughter Penelope. The four has a fun little race. Kourtney Kardashian’s other children might have been there, but if so, they were not spotted in the video.

Travis Barker and girlfriend Kourtney Kardashian are all about spending time with their kids and it's too cute. 💞 https://t.co/LEdupMRC3k

Recently, Kourtney Kardashian tattooed the words “I love you” on Travis Barker’s arm. Once she did this, his ex went and removed his tattoo off her body. When she got it removed, she said “It’s my ex’s name. Don’t tattoo names on your body, kids. Don’t do that.” It seems like there could end up being a bit of drama here. Alabama called her mom out on social media, but so far Kourtney has been staying out of it. Hopefully, it still stays that way. A source shared that Kourtney’s sisters have never seen her like this with someone. The source said, “Travis has brought something out in her that has completely freed her. Her guard is down when she’s with him and she doesn’t care what anyone thinks. This is Kourtney’s time to enjoy herself and she’s taking full advantage of it.”

Don’t miss watching the finale season of Keeping Up With the Kardashians on E!.