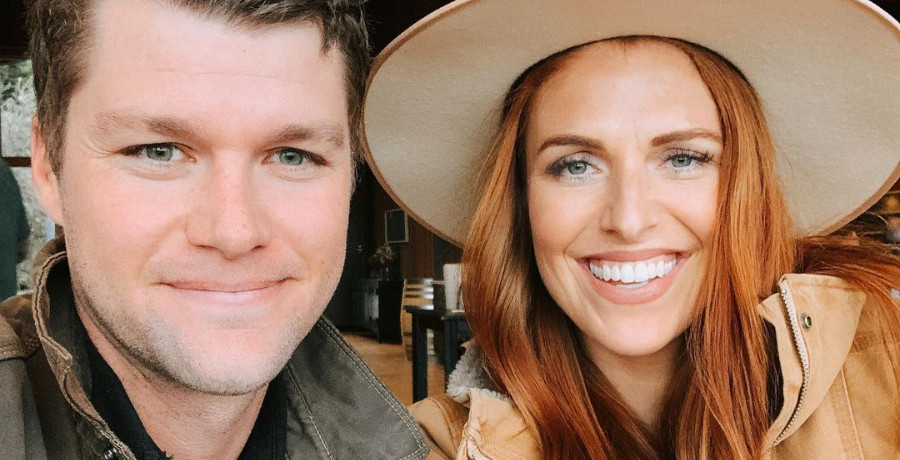 If Little People, Big World fans are looking to keep up with Jeremy & Audrey Roloff on social media, they are out of luck. The couple is taking a break from Instagram. Are they trying to avoid family drama, as one fan alleges? Plus – Audrey clears up rumors about who owns Roloff Farms, once and for all.

Why They Aren’t on LPBW Anymore

Jeremy Roloff left the TLC show in 2018. And he took his wife, Audrey, and daughter, Ember, with him! Good Housekeeping reported at the time that the couple left partly because they didn’t want their daughter to “grow up on television.” They have since had another child, Bode. They may want more children.

After leaving the show, both Jeremy & Audrey kept up with their fans on their respective Instagram accounts. Audrey Roloff announced on her Instagram Stories last week that she would be taking a break “soon.”

But first, she had one last Q&A session with her fans. She revealed that the couple have a nanny who comes “2 days a week.”

In case fans missed her IG Stories, Audrey made an announcement on her main feed before taking a break. While some followers wondered about the point of announcing it, another fan gave a good reason. As the fan defending the post wrote, Audrey has over a million followers. And many of them “look forward” to posts from the former reality star.

For Audrey Roloff, taking a break is “healthy and life-giving.” She even left her followers with an AIM-esque away message.

(For those who don’t get the reference: AIM stands for AOL Instant Messenger. Similar to present-day Facebook messenger, but for AOL [America Online.] The software included custom away messages to let your friends know you weren’t at your computer screen.)

Wait, is she planning to write another book during her time away from social media? During the pandemic, Audrey & Jeremy Roloff worked on their second book. Creative Love offers relationship advice and more.

Speaking of Jeremy Roloff, he took a social media break in solidarity with his wife. He wrote, “Since I’m on the same ship plotting the same course, we best be gettin to it! Salute!” on her Instagram post announcing her leave of absence.

Are They Trying to Escape Family Drama??

Little People, Big World just premiered Season 22 on May 11. It seems that Amy Roloff’s stake in Roloff Farms will be a hot topic for the new season. Jeremy Roloff once put in an offer to buy her out, but was rejected.

Zach Roloff also wants to put his name in consideration for taking over Roloff Farms. Could family drama over farm ownership play a role in Audrey & Jeremy’s social media break? One follower dropped a comment saying just that on Audrey’s post. “I guess yall don’t want to answer any questions about the new season of little people, big world. Yall be back when the season ends….. see you then,” they wrote.

But another fan clapped back with a reminder that Jeremy & Audrey left Little People, Big World years ago.

In her pre-departure Q&A, Audrey Roloff cleared up the rumors that her husband bought part of the farm. “Sorry to harp,” the fan wrote, “but who owns the farm if not you?”

According to Audrey Roloff, Matt still owns the farm. Furthermore, she and Jeremy “never owned the farm.” In fact, someone outside the family is currently renting out the farmhouse.

It’s unclear what the Roloff family plans to do with Roloff Farms. Matt Roloff did allude to retiring… eventually. Another issue that will play out is where Amy Roloff will hold her wedding to Chris Marek. In the premiere episode, Matt Roloff offered them the farm to use, but Amy didn’t seem too keen on that idea.

Tune in to Little People, Big World Tuesdays on TLC to keep up with the Roloffs. Hopefully for their followers, Audrey & Jeremy will return from their social media break soon.