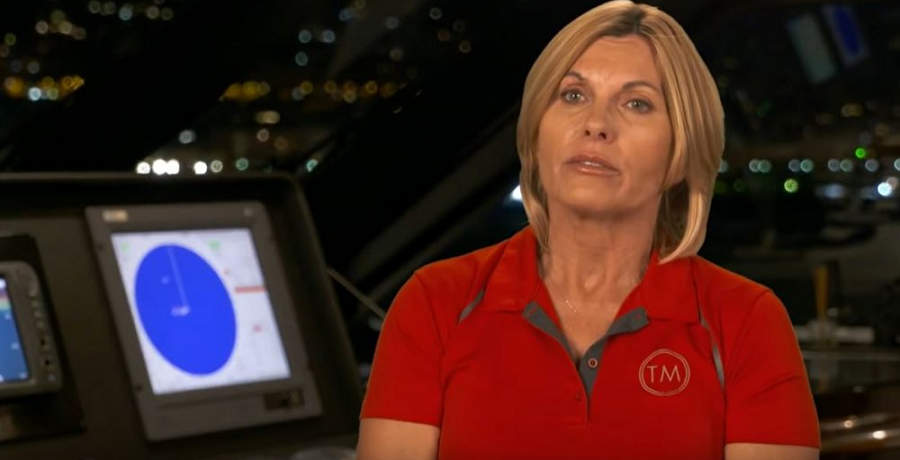 Below Deck Sailing Yacht had its most dramatic episode yet. On Monday night, May 17, there was a boat crash, difficult charter guests, and an STD scare. What led up to this epic episode was the Parsifal III smashing into the deck. The previous episode already gave fans a jolt.

Monday night’s episode kicked off with another shakeup. There was not one but two collisions into a dock during their charter season on the May 10 and May 17 episodes. The crashes made Captain Glenn Shephard cuss and yell for the first time ever. Fans watched as the crew members scrambled around the yacht.

Now, Captain Sandy Yawn is offering for the crew.

The Below Deck Mediterranean star talked about that historic episode. In an interview with Bravo’s The Daily Dish, Captain Sandy said she could relate to Captain Glenn Shephard. In the episode, explained how rare this situation happens. He exclaimed that this has “never happened before.” The longtime sailing yacht captain said it was “kind of a low point” in his career.

Captain Glenn isn’t the only one who’s experienced a boat crash. Captain Sandy said she felt a connection towards him when she watched that scene. The damage was obvious and a paint job couldn’t help it. But it was all they could do in that desperate moment since the next charter was arriving in a few hours.

“I think when you watch something, you connect with the person who has your same position, so I always connect with the captains,” Captain Sandy said. “With Captain Glenn, when I saw him hitting the dock, I just thought, man that could kill his entire charter season because that part opens that garage.”

Captain Sandy sympathized with Captain Lee Rosbach in the past. On Below Deck Season 6, Ashton Pienaar fell into the water and got stuck underneath. Sandy recalled a similar event that happened to her. On the May 17 episode of Below Deck Sailing Yacht, Captain Glenn took to his cabin to compose himself, as he mulled over what happened, and Sandy would’ve done the same.

“You just gotta pull it together. Some people are really great at pulling their emotions together, and some people just wear it on their sleeve,” Sandy said. “I guarantee you, the people who blow up, they look back and think, ‘Man, why didn’t I just maintain?’ And that’s a skill. That’s when you talk yourself off a ledge. Just breathe and pause and take that minute.”

In the meantime, Sandy made headlines for her ongoing feud with former chief stew Hannah Ferrier. The two have had a war of words through the media. Hannah called out Sandy and her lack of consideration for her crew members. Sandy called that Hannah just “waits tables” while she considers herself a “real Captain.”

‘OutDaughtered’ Fans Think Adam Busby Just Made A Big Mistake
Zach & Whitney Bates Have HUGE Update Amid Baby Jadon On Life Support
‘The Young and the Restless’ Spoilers, June 21-25: Summer Gets Desperate
WHAT? Josh Duggar Wants Trial Postponed For One Year
Could There Be A TLC Birth Special For Jessa Seewald’s Fourth Baby?