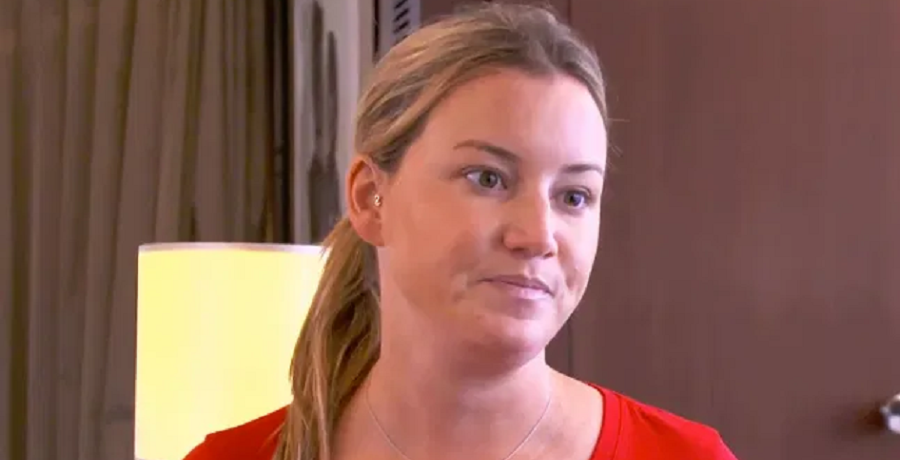 Naughty yachties. Below Deck Med Hannah Ferrier has more words for Captain Sandy Yawn. This comes after her explosive interview. Earlier this month, Hannah and Sandy had a war of words through the media. The two have not moved on from Below Deck Mediterranean Season 5.

In her appearance on Side Piece with Melissa Pfeister’s podcast, she hinted that Sandy has a “competitive” streak and “wanted me out from day one.” Sandy fought back and told Showbiz Cheatsheet that there is no competition between them while throwing shade at the former chief stew. Sandy also said it was “so sad” that Hannah keeps bringing up the past.

Below Deck Med star called out on social media

The Below Deck Med alum is fighting back at Captain Sandy Yawn. She claims that the longtime sea captain is not all about female empowerment. Hannah Ferrier and Sandy’s feud continues to play out in the media. As fans recall, Hannah was let go after unregistered Valium and a CBD pen were found in her cabin.

The Bravo star feels that Sandy wanted her off the show from the beginning. She also revealed that the captain was competitive with her, which made things uncomfortable on set. Sandy felt the need to defend herself. She claimed she fired the former chief stew while calling her a waitress.

In the meantime, Below Deck fans and former crew members called Sandy out. It’s not a good week for Captain Sandy Yawn. Below Deck alum Adrienne Gang has made it clear in the past that she’s not a fan of Sandy, but explained that it wasn’t the shade that she was surprised by.

“At this point, I’m not shocked by Sandy saying dumb s*** that insults her subordinates,” Adrienne tweeted on Tuesday, April 6. “What does surprise me is [Bravo] giving her praise as an empowered woman after she says asinine s*** like this and all-out tears other women down.”

The Below Deck Med alum agreed with Adrienne’s tweet. She shared it with her followers while adding her own input.

“Imagine being a captain and then insulting and bringing down half of the yachting community (mostly the woman) while continuing to pretend you empower woman,” Hannah tweeted. “At least she FINALLY [vocalized] how she feels about people who work on the interior…”

Imagine being a captain and then insulting and bringing down half of the yachting community (mostly the woman) while continuing to pretend you empower woman. At least she FINALLY vocalised how she feels about people who work on the interior… https://t.co/jjq7oiAJjp

“Captain Sandy can f*** right off,” the fan wrote. “Hasn’t thought of Hannah at all, but is making a training video about her. I cannot stand this woman.”

Sandy responded to Hannah’s comments. She took to Instagram to share a throwback photo of herself with Below Deck Med alum Joao Franco instead of a female cohort. In the caption, she wrote: “I will never stop believing in the power of people. In this chaotic, yet beautiful world, we CAN do better together. Everyone deserves a second chance. Do great, choose great, be great!” The message sounds like a stern warning towards Hannah and anyone who attacks her.

In the meantime, fans have been calling for Sandy’s firing. They hope that another captain will replace her on Below Deck Mediterranean. Some of them even said that they would be fine with Captain Mark Howard returning even if he didn’t cause any drama. What are your thoughts? Sound off below in the comments.