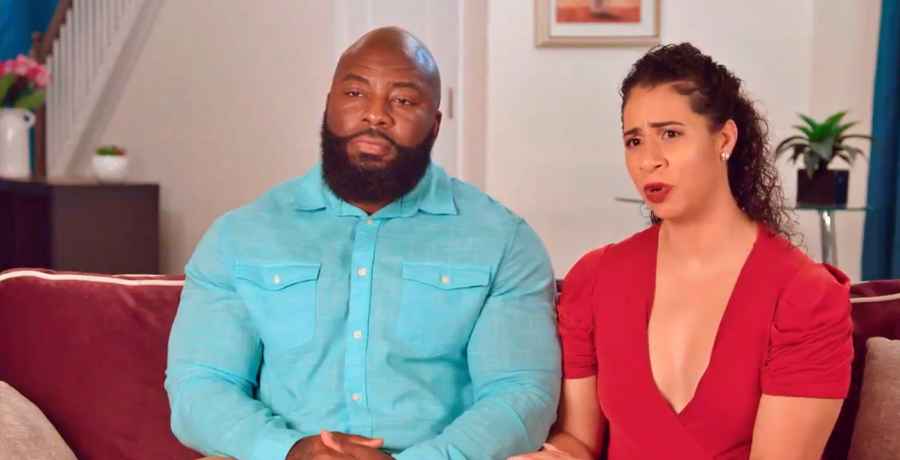 After Kaleh walked out on Seeking Sister Wife stars Jarod and Vanessa Clark, they started looking for a replacement. However, when they met Emily for dinner, she dropped a huge bombshell on the couple. After the initial huge shock, will Emily be a fit for the Clarks?

Jarod and Vanessa were upset when Kaleh walked out on them. However, this didn’t put the couple off their search for another potential sister wife. In a preview clip for the Seeking Sister Wife episode of May 17, the pair meets Emily for dinner. This meeting is so they can decide whether Emily would be a good fit for their family.

In a confessional with Vanessa, Jared explains that he is not only looking for a wife and queen to add to his kingdom. He says Vanessa is also looking for a best friend – someone she can create a sisterhood with. Jarod also says they would like someone to be another mother to their kids.

The Clarks had met the young woman earlier in the season and she had expressed interest in polygamy and possibly courting the couple. Vanessa is a little concerned as to whether Emily’s age will play a role in joining their polygamous relationship. She says that Emily is in her early 20s, so she is curious as to whether she is ready for everything a plural relationship requires.

In the next scene, Jarod and Vanessa can be seen out for dinner with Emily. As they enjoy their meal, Vanessa asks Emily what makes her trust them so much. After a pause, Emily responds by saying it is mainly because they have been so sweet to her. She explained that most people are not. At this point, Emily tears up, telling the Clarks that she doesn’t want to cry right now.

Emily explains her heartbreak over her former relationship

As they continue eating, Emily explains to Jarod and Vanessa that she is scared of being heartbroken again after her last relationship failed. She says she is heartbroken over her ex and is scared to get herself into that situation again. Emily says this is also part of the reason she likes them as a couple because they “all have your s**t together.” She explains that Mars, her ex, did a number on her.

Jarod looks puzzled about who Emily is referring to and asks her, “Mars?” Emily replies, saying Mars was the girl. Vanessa says, “Right,” as Jarod says, “Oh… oh.” They both look at Emily, clearly stunned. After a moment, Jarod asks Emily, “So, how much of… how much of that, how much of that lifestyle has been a part of your life, that’s something, you’ve dated, you’ve dated girls, like?”

Emily admits she is bisexual

Emily responds, saying Mars was the first girl she ever dated. However, she says she has done things with females in the past, before Mars. Jarod asks her whether she is now interested in a male and whether she considers herself bisexual.

As Jarod and Vanessa sit there looking stunned, Email reveals in a matter-of-fact way that she is, indeed, bisexual. Vanessa then asks Emily, “Um, so you want both.” Emily replies, saying she likes both.

As the scene changes back to the confessional couch, Jarod tells the camera that he had no idea and was just as shocked as they were. He struggles to find the right thing to say, while Vanessa answers for him, saying “Wow.”

Jarod gestures to show that his mind has been blown, as his wife laughs. He goes on to explain that his lifestyle doesn’t include the wives getting intimate together. Jarod says he isn’t sure a bisexual woman would be a good fit for them. Vanessa starts waving her hands over her face, feeling giddy, as she laughs and tells Jarod that she thinks her cheeks are getting a little red over this. Watch the full preview in the video included here.

Jarod is looking for a queen to add to his kingdom. Will things work out with Emily? Find out on #SeekingSisterWife, MONDAY at 8/7c! pic.twitter.com/XEEpDEKuh9

Fans can find out whether things did work out between the Clarks and Emily on Monday’s episode of Seeking Sister Wife. The episode airs on TLC, Monday at 8 pm ET.