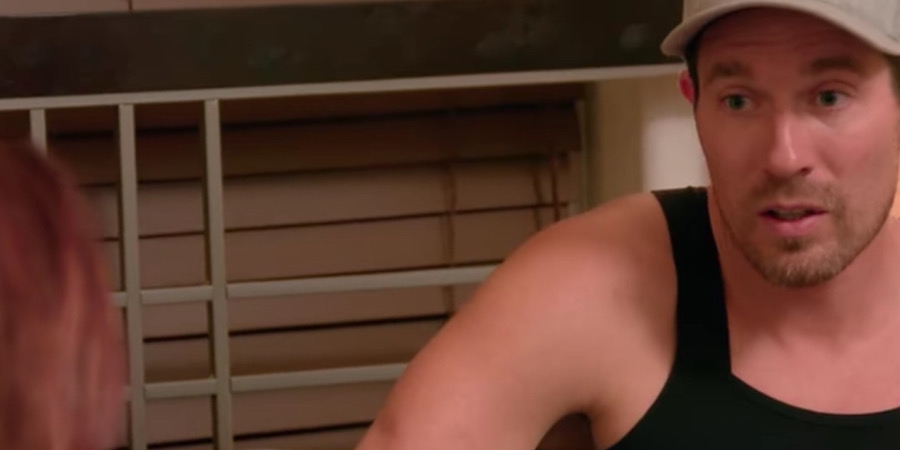 Garrick Merrifield wants everyone to know he is not forcing his wife, Dannielle Merrifield into polygamy. In the latest episode of Seeking Sister Wife, he tells the producers she is not forced to live this life. They both feel God has led them to it and she is not pursuing it to appease him. Yet, the season would speak to the contrary.

Being polygamists did not come naturally to the Merrifields. It was a handful of years ago when Garrick said he felt a calling from God to enter plural marriage. He spoke with Dannielle about it and she was not comfortable with the concept off the bat. They had been having problems in their marriage so when he opened up this new window, she prayed on it. Faith has always been extremely important in their family. Eventually, she acquiesced and they went on a polygamist dating site where they met Roberta from Brazil.

Along with their two children and Roberta’s mom, they all met up in Mexico. On night two, Garrick proposes, and the two are intimate. For her to come to America, their best option was for the Merifields to obtain a divorce and for Roberta to get a K1 visa. From there she could marry Garrick and come to live with them. After the divorce, the couple flew to Mexico where they spent eight days with Roberta. The entire time, Garrick and Roberta would share a room.

On night one, Bert was so concerned about leaving Dannielle alone, she invited her into the bed with the couple. Little did Dannielle know her husband and sister wife had been quickly intimate when she ran to get her pajamas on. When she found out a few days later, she tried to play it cool but it broke her heart. Bert can see the jealousy and knows she can not be with Garrick if this was not resolved. As they were leaving, Garrick broke down at the thought of saying goodbye to her. Would Dannielle be enough when they returned home?

Still feeling pangs of jealousy from Mexico, Dannielle attempted to talk it out with Garrick but he could not understand her issues. She would rather he and Roberta not invited her into their bedroom on night one. It felt like a betrayal and she was the third wheel. Though she has accepted this life and Roberta, seeing her husband with another woman has stung more than she expected. Garrick is seemingly checked out and not addressing the real pain she is feeling.

He told the producer when asked if Dannielle was doing this just for him: “No, I don’t have concerns that Dannielle thinks that she’s being forced or some way to live this way. I think without a doubt she’s totally convinced that God led this to her in her life, to bless her and that she’s not just, you know, doing it ’cause it’s what I wanted.”

Garrick feels God has yet to deliver Dannielle from jealousy. He hopes she can get past it as this was a choice they made together. Do you think Garrick Merrifield is being selfish or does Dannielle Merrifield really wants this life? Let us know in the comments and watch Seeking Sister Wife Mondays on TLC and discovery+.