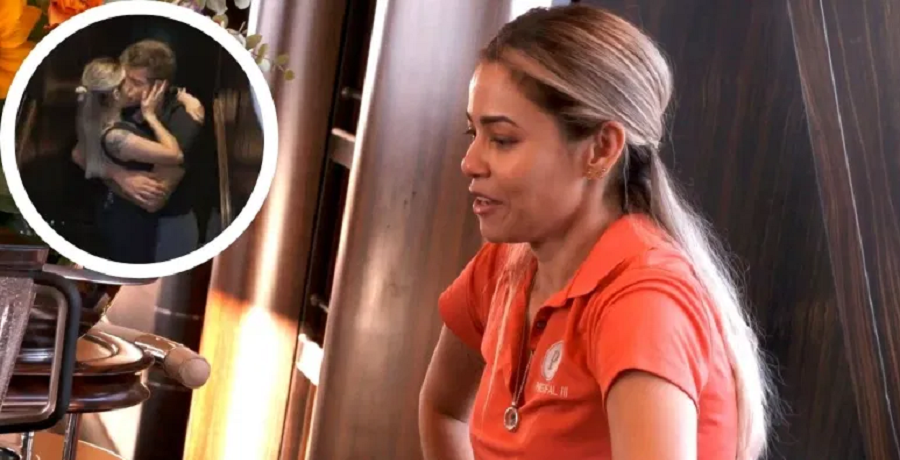 Below Deck Sailing Yacht is raising a lot of questions this season. There are concerns about Dani’s pregnancy, including who is the father. Her relationship with Jean-Luc is playing out on the show. In the midseason trailer that dropped jaws, the tall deckhand exclaims that he has chlamydia again.

Fans want to know if the STD scare really happens, or if the Bravo producers are up to no good again. There are some who are also concerned about Dani’s own health. They need to know if Jean-Luc gave her an STD. In the next episode, Dani shares a secret with Chef Natasha that ruins their fun hookups.

Did Dani Soares get an STD?

In the new episode of Below Deck Sailing Yacht, stew Dani Soares pulls Chef Natasha de Bourg aside. She wants to share a secret about Jean-Luc, but she doesn’t know who to turn to. She found out about his STD scare, which takes the fun out of their hookups. The couple has been steaming up lately, which has led to the paternity rumors.

“I’m freaking out because JL told me he might have an STD,” Dani whispers into Natasha’s ear.

“You don’t know what it is, it can be something totally different,” Natasha assures her while giving her a supportive hug.

On Monday, May 17, Decider released the exclusive clip of the next episode, which finally addresses one of the viewers’ burning questions. Unfortunately, Natasha’s hug doesn’t do much to help quelch Dani’s fears. She has to play mediator and tells Dani to “Breathe girl, breathe.” Once again, the stew takes another good look at her life in her early 30s.

“I think I’m having fun and enjoying myself and there you go. Serious s***,” Dani says in her confessional. “Like not only f***ing feelings but also f***ing diseases.”

She clearly looks stressed in the clip. Natasha doesn’t think it’s anything more than just hemorrhoids. Of course, that’s not the only drama that’s happening on the boat. The charter guests argue over who’s passing the burrata and it looks like it won’t reach a resolution.

Below Deck Sailing Yacht star may have caught chlamydia

However, there is no mention of hemorrhoids. According to Jean-Luc, he feels that he may have caught chlamydia again. Understandably, fans want to know how he caught it the first time around. In the Below Deck Sailing Yacht mid-season trailer, he exclaims, “Oh my god, I got chlamydia again.”

The two-minute clip is pretty juicy. It gives viewers a glimpse into the craziness that takes place on board the Parsifal III while focusing on Jean-Luc’s personal health. Dani also says, “If I get pregnant, then that’s God’s will!” This led to the rumors that Jean-Luc is the father of her unborn child.

Jean-Luc hasn’t mentioned the health crisis. In the meantime, Dani announced her pregnancy on Instagram. She also revealed that she’s having a girl. Below Deck Sailing Yacht airs Mondays at 9 p.m. ET on Bravo.