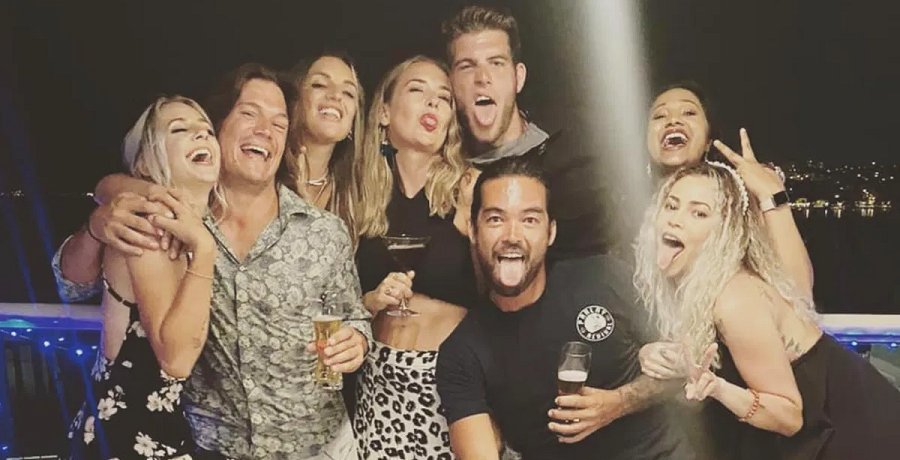 Below Deck Sailing Yacht Season 2 is going to get even crazier. It’s hard to believe since the show already had a wild start. Some fans believe this season is better than the inception of the Below Deck spinoff series. There’s already a love triangle playing out on the show. In the very first episode, first officer Gary King hooked up with deckhand Sydney Zaruba.

At the time, he told her it was just a one-time thing. However, Sydney caught feelings and is doing everything she can to stop Gary and third stew Alli Dore from becoming an item. She blocks them by interrupting their personal conversations. On Monday night, Bravo unveiled the midseason trailer and it looks like a new love triangle will take shape.

Things are going to get even more complicated. Not only is there an STI scare, but there are also talks about someone wanting to get pregnant. Read on and check out the video for yourself.

On Monday, April 26, Bravo dropped the trailer for the second half of the sophomore season. It looks like the high-stakes drama will continue. Viewers can’t wait to see how the rest of the season will unfold. There is so much to unpack in the midseason trailer, that you might want to watch it a few times.

The first scene shows tension between Gary and chief stew Daisy Kelliher. She tells the crew that she’s “sick of being made to be the f***ing b***h of the group.” Then, it shows a scene of the “pain-in-the-a**” charter guests who overhear Gary and chief engineer Colin Macrae “talking s***” about them. They are the most high-maintenance charter guests that this crew will encounter yet.

Below Deck Sailing Yacht fans also noticed one moment between second stew Dani Soares and deckhand Jean-Luc Cerza Lanuax. In one scene, she boldly declares: “If I get pregnant, that’s God’s will!”

Yesterday, TV Shows Ace reported the details of her pregnancy and how she’s teased it up until now. The timing of Dani’s pregnancy announcement and the midseason trailer is interesting. Rumors are swirling that the baby belongs to JL. However, neither JL nor Dani have confirmed this information. It’s only speculation at the moment.

Let’s get back to that one scene that’s causing a stir. Clearly, JL looks extremely uncomfortable when Dani says she wants to get pregnant. In her Instagram post, she hinted that the father may be out of the picture. Then, the love triangle gets even more complicated as Dani and Alli leave Gary and JL behind to have some fun of their own. It’s unclear whether they go all the way or if they’re just teasing them.

Gary and Alli continue to get close as Sydney watches on. “I knew this would be the next stop on Gary’s train,” she says in her confessional. Meanwhile, she rolls her eyes and flips them the bird during dinner. Later, she breaks down and asks the couple to leave her “the f*** alone.”

There’s also an STI scare. Jean-Luc is seen freaking out in his cabin. He cusses a few times and announces: “I have chlamydia. Again.” There are also issues with Natasha’s food and other issues with the boat like the power going out. Fans will also finally see the Parsifal crashing into the dock, which causes the usually calm Captain Glenn to shout: “F***!”

Fans are already loving this scene. They think it’s the best one yet and is fun to watch. What are your thoughts on the midseason trailer? Sound off below in the comments.