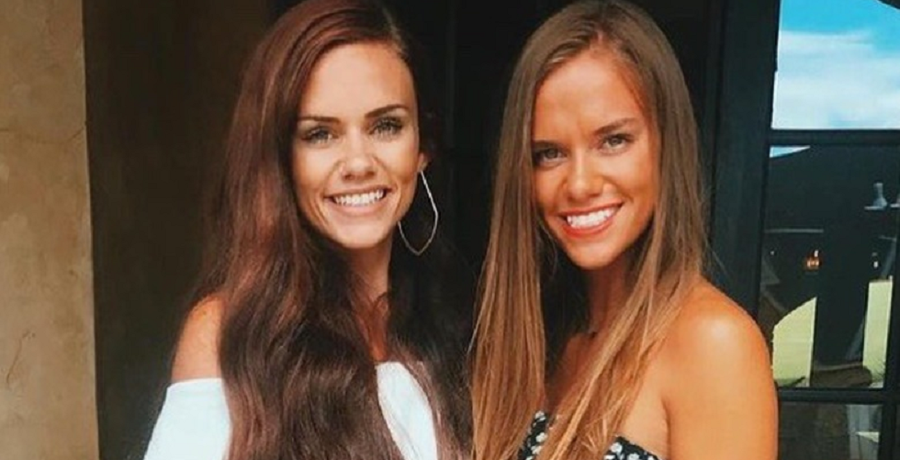 Extreme Sisters Brooke and Baylee will show the downside to their close relationship this season. The siblings have had their share of challenges. Sometimes it can be as little as sharing clothes or as big as getting involved with each other’s relationships. Does that mean their challenges will be worse than the others?

TLC producers hope to navigate Brooke and Baylee’s relationship in its premiere season. Apparently, it’s not all rainbows and butterflies like it did in their first episode. Howard Lee, President of TLC Streaming and Network Originals, spoke to The List about each of the sisters on the show. What comes with being extreme sisters is even more extreme fights.

Brooke and Baylee’s relationship in trouble?

Lee teased about the remainder of Season 1 of Extreme Sisters. Brooke and Baylee may seem really close, but even they struggle sometimes. “Their sibling kinship brings the meaning of sisterhood to a whole other level!” Lee teased. Each of the sisters on the show will face struggles with their own families.

Brooke and Baylee have an unusually close bond that involves sharing beds, razors, toothbrushes, and underwear. The sisters told Fox News that they are proud to share everything together. Unfortunately, that might all come to an end. In a new interview with The List, the sister teases that they also go through challenges.

“When we get together, we love each other so deeply,” Brooke explained. “But at the same time, our personalities do clash … the thing about sisters is you guys can get in like the most toxic, psycho fights.”

There was one time when Brooke “literally punched Baylee in the face.” Baylee said that it happened after she gave birth to her daughter, Ace. Brooke wanted to watch her newborn child, but she already had her friend with her. Brooke didn’t like Baylee’s response and was suddenly filled with “rage.”

Despite that difficult moment, Baylee and Brooke always forgive one another. Baylee quickly got over that moment, and they were back on good terms.

Stars of Extreme Sisters get plenty of hate

The Extreme Sisters stars said that they’ve dealt with a lot of hate because of their close bond. Baylee and Brooke were nervous about sharing their story with others. They’re so scared that they don’t read the comments on social media. “I just have been not looking at stuff,” Baylee said. “Just for my mental sake.”

Meanwhile, Brooke doesn’t care about the haters. She said they both “expected” to get backlash. She’s amused by some of the hate — especially the inappropriate comments.

“Somebody commented on my Instagram recently, ‘Get your sister out of your bed! He wants to clap them cheeks,'” Brooke said. “And I think that’s funny. I’ll send my husband these like screenshots. And I’m like, ‘This is good stuff.'”

The hate just makes the sisters stay together. They also lean into their relationship with God, which helps them “find our worth.” Brooke and Baylee don’t let the comments get to them because they know who they are. Extreme Sisters airs on Sundays at 10 p.m. ET on TLC.

‘Welcome To Plathville’ Preview: Will Olivia Stay Or Go?
Megan Fox & Kourtney Kardashian Snuggle In Sexy Topless Photo
‘RHOBH’: Brandi Glanville & Kim Richards Refuse To Speak To Each Other, What Happened?
‘Outdaughtered’ The Hard Questions Are Answered With Busby Kids
Another ‘Bringing Up Bates’ Courtship May Be Brewing: See Photos