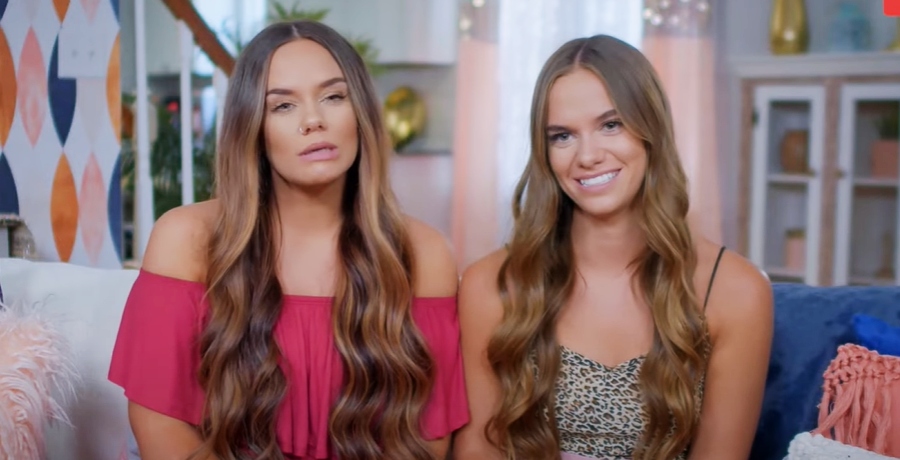 Baylee and Brooke of Extreme Sisters take family very seriously. All the people featured in TLC’s new show do. These sisters are closer than average siblings. Some people would even say too close, but fans can judge for themselves when the show airs tomorrow. They share lots of things; toothbrushes and underwear being two of them. In a new clip for the TLC show, they talk about the lengths they are willing to go to for each other.

The sisters say they can tell each other everything. Brooke says, “With a sister, you can be completely honest and they won’t be offended.” The girls explained they had to be close growing up. Their parents divorced when they were little and they stuck together.

Why They Are Extreme Sisters?

According to People, the Extreme Sisters even have the same name. They are Candace-Baylee and Candace-Brooke. Brooke named her child Candace-Ace. One of the things that show their closeness is the fact Baylee shaved Brooke’s butt when she was about to have her baby.

When discussing the incident where Baylee had to shave her rear she said she’d gone into labor. Brooke said, “My water had already broken, and Baylee hopped in the shower and shaved it for me.” They went on to say that she understood that you don’t want anything down there when you’re having a baby.

The Two Live Together Now With Brooke’s Husband

The Extreme Sisters said they have each other’s back. Baylee said when she was little as long as she was with her sister, she knew she’d be okay. Both of the girls became lifeguards together. They both are on their way to becoming teachers. Baylee said she moved in with her sister at twenty-one because she thought it would help her get a little independence. In the clip, Brooke made her pick up poop from the dog to earn her keep.

It seems their closeness is hard for at least one person to deal with, Brooke’s husband. While other siblings on the show share the same boyfriend or date twin brothers, Brooke is the only one out of the two married. Baylee has a boyfriend and Brooke has two kids.

In the clip, she sleeps in the bed with both Brooke and her husband and he’s over it.  Brooke explains, “When we were kids, no matter where we stayed, Baylee and I always shared a bed. That was just kind of our safe space with each other.”

The sneak peek also shows Brooke breaking down saying she doesn’t want to have to choose between her husband and her sister. Will you be watching? Which set of sisters are you most interested in seeing? Comment with your thoughts down below.