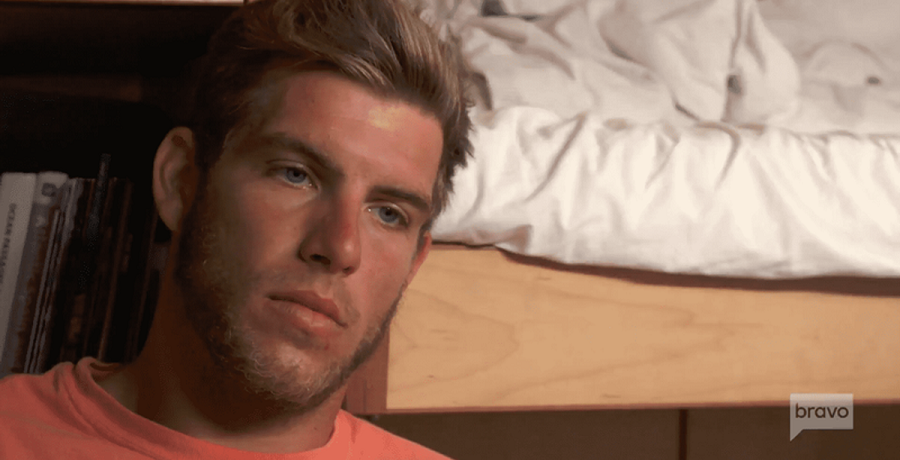 The Below Deck Sailing Yacht drama continues. In April, Dani Soares announced her pregnancy to the surprise of fans. She had to come out with the news since a fan leaked photos of her pregnant self on social media. At the time of the pregnancy announcement, fans wondered who the father is.

They’re currently watching Dani’s relationship with Jean-Luc Cerza-Lanaux play out on the show. She even jokes that she wants a baby. However, Dani refuses to share details about the pregnancy, including the paternity. This has only caused fans to speculate more.

Now, it looks like Jean-Luc’s mom is weighing in on the paternity drama. She supposedly blamed Dani for using her son.

Jean-Luc’s son inserts herself into the situation

On Wednesday, May 12, the Bravo Bravo Ducking Bravo Instagram account shared some Below Deck Sailing Yacht “tea” with its followers. They said that the lukewarm tea was delivered a little late, but could provide a big clue with the paternity. Jean-Luc’s mom possibly blamed Dani for using her son to have a baby. This does not help with the speculation.

Fans have a feeling that Dani’s unborn child belongs to Jean-Luc. The stew doesn’t want to reveal the due date in fear that fans will do the math. The second season of the Below Deck spinoff series was filmed during summer 2020. So far, Dani only said that she’s due to give birth very soon.

In the comments section of Instagram, Jean-Luc’s mom had some not-so-nice things to say about Dani. “Gross is a woman that uses a man because she [is] so desperate to be a mom,” she wrote before adding, “Lack of denial? Silence is confidence, not an admitted guilt.”

Obviously, fans wanted to know what these comments meant. Is Jean-Luc’s mom really blaming Dani for using him to get pregnant? Or is she just lashing out at her for another reason. Maybe she doesn’t like that fans assume he’s the father of Dani’s child.

Does this confirm the Below Deck Sailing Yacht baby drama?

Most of them showed support for the pregnant star. “Imagine defending your adult son’s behavior after he had consensual unprotected s*x (several times) with another consenting adult who is now pregnant due to said unprotected encounter,” one user wrote.

Below Deck star Ashling Lorger weighed in on the drama, according to Bravo Bravo Ducking Bravo. She commented: “I guess we will just have to wait and find out.” She also included a series of dancing, thinking, and explosion emojis. A lot of fans and crew members have been sharing their thoughts on the baby drama. Regardless, Dani has been getting a lot of support and that’s all that matters.