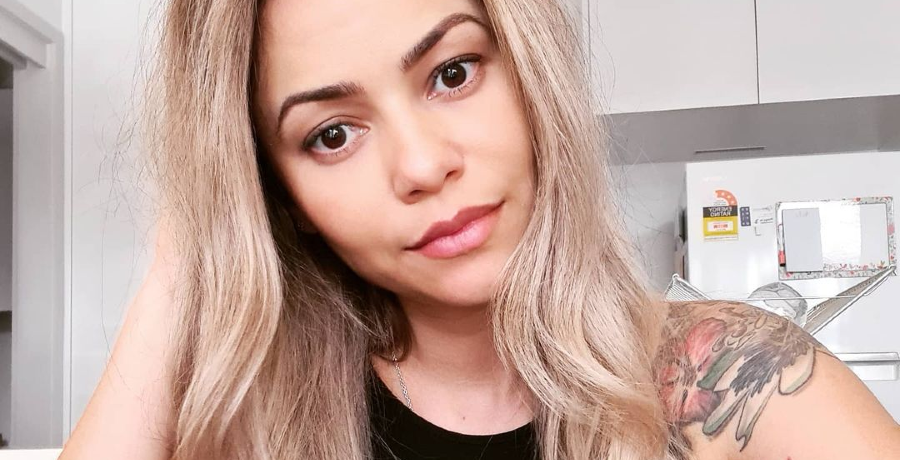 Below Deck Sailing Yacht Season 2 has a dose of baby drama. Last week, the midseason trailer dropped. Before then, stew Dani Soares announced her pregnancy on Instagram. This revelation coupled with the trailer led fans to believe that Jean-Luc Cerza-Lanaux to be the father. They think the timing adds up since the crew filmed in summer 2020.

The Parsifal III set sail once again amid the coronavirus pandemic. At the start of the season, Gary King was the center of his own love triangle with Sydney Zaruba and Alli Dore. Now, it looks like Dani is getting attention for her own boatmance. She has not yet revealed who the father is on social media.

Did a guest reveal who the daddy is?

Below Deck Sailing Yacht charter guest Barrie Drewitt-Barlow may have spilled the beans about Dani’s pregnancy. On Sunday, May 2, he posted an Instagram clip of himself dining out with chef Natasha de Bourg. Barrie told his followers that she’s beautiful and only looks “bigger on TV,” to which she agreed. Then he asked her to reveal who she “dislikes” the most, which he wouldn’t reveal.

Always being the pot-stirrer, Barrie asked his daughter Saffron to answer the question instead.

“I don’t know, probably like JL [Jean-Luc Cerza-Lanaux],” she said.

Saffron explained that the deckhand didn’t want to “interact” with the guests. “Aww… he was nice! I like daddy longlegs,” Barrie responded. “Aww… well that was [because] he was too busy getting the other one pregnant.”

Both Saffron and Natasha were in a state of shock. Natasha covered her mouth as Barrie said, “I mean he’s only 24 and he’s going to be a daddy. Come on!”

At the time of the announcement, Dani chose to keep the paternity of her baby a secret. This comes amid the rumors that Jean-Luc is the father as the pair’s romance plays out on the show. In a since-deleted comment, Dani hinted that the rumors could be true.

“Secret is out! It’s [Barrie’s] baby,” Dani joked alongside a series of crying-and-laughing emojis.

Meanwhile, fans called out Barrie for revealing the baby’s father. He claimed he didn’t know it was such a big secret. He then complimented Dani and the mystery dad, “whoever” that may be.

“Was it a secret????” Barrie wrote. “Whoever the dad is, they were one lucky fella to have a night with [Dani Soares] she is not only stunning in real life she is a beauty classy lady on the inside.”

Engineer Colin Macrae addressed the baby drama. The Below Deck Sailing Yacht newbie shared on Instagram that the drama that viewers are watching is very much real.

“To answer a few of your burning questions: no the show is not scripted,” Colin wrote. “Yes most of us are still actually good friends. But seriously, the show obviously highlights the drama during a busy charter season on a superyacht, and skips over the part where we are all just working and hanging out as great friends.”

Dani also cracked jokes during her recent episode the “Pita Party” Instagram recap show with fellow stew Alli Dore and chief stew Daisy Kelliher. The trio talked about drinking way too much during the season. Dani left many PSAs for viewers, including “don’t drink too much” and “make sure you wear a condom.” While she made mistakes, she does not regret her time on the show.

The answers still not out. Viewers will have to keep watching to see what happens. Below Deck Sailing Yacht airs Mondays at 9 p.m. ET on Bravo.