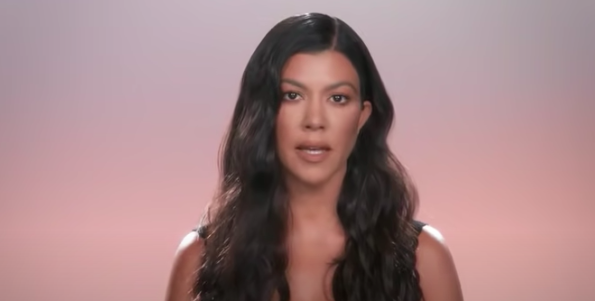 Kourtney Kardashian and Scott Disick have had a long and tough history. While many fans think they should be together, they are far from it right now. Apparently, the once hot and heavy couple are now barely speaking to each other.

Scott Disick and Kourtney Kardashian have always been proud of themselves and their co-parenting skills. In recent years they have become close friends. In the new season of Keeping up with the Kardashians, it even seemed like they might get back together. However now, this isn’t the case. According to E! the couple is barely speaking to each other.

Why is this? They say that Scott has trouble seeing Kourtney in love. After all, he’s made it very clear that he still loves her and would do anything to be with her.

“Scott and Kourtney have a tense relationship right now primarily because he’s been focusing on his new life in Miami and because of Kourtney getting serious with Travis,” a source says. “They are barely speaking. It’s hard for him to see Kourtney in love with someone else.”

Now, Scott is just spending time focusing on himself. While it’s good he can do that, it must be so hard for him. He has been in love with Kourtney basically forever. He has even said he is ready to marry her.

So are they fighting?

Not really. They just aren’t really talking right now either. The source says that Scott is trying to distance himself in any way that he can.

“Scott will always be in Kourtney’s life, it’s just a different dynamic right now,” the source says. “Scott wished Kourtney a happy Mother’s Day privately but is really distancing himself. He doesn’t want to interfere with her relationship. They do connect about the kids often but that’s about the extent of it currently.”

This is certainly a big change from what fans can see on Keeping up. The two are basically living together in the Malibu house and they even get to go on a little arranged dinner date. This has to be a huge shock for Scott now that Kourtney is so serious with Travis Barker.

“It’s uncomfortable for Scott to see Kourtney in a serious relationship, although he knew this day would come,” another source reveals. “He is glad she is happy, but it’s definitely been hard on him. He doesn’t like to bring it up and it’s a weird convo for him. At one point, the family was really encouraging Scott and Kourtney to try the relationship again and it’s a bit of an eye-opener for him, that it’s truly never going to happen.”

Honestly, it makes Scott a great friend for stepping back instead of trying to interfere with what is making Kourtney so happy. If Scott and Kourtney really are meant to be, hopefully they both come to that conclusion soon.

Do you want Kourtney Kardashian and Scott Disick to be together? Let us know in the comments below. Come back to TV Shows Ace for more news on your favorite Keeping up with the Kardashians stars.