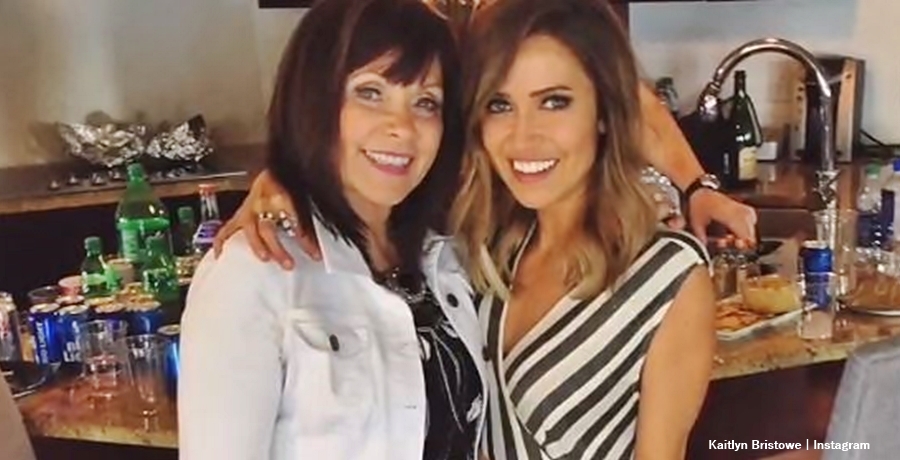 Kaitlyn Bristowe & Jason from Bachelor Nation dated for a while and ABC fans began despairing they might never become engaged. However, the news came that the happy event happened. Now they flew into Mexico and caught up with her mom. Her reaction to seeing her daughter and her brand-new fiance seemed priceless. According to her Instagram Stories, it looks like life is just perfect at the moment.

Three days ago, Kaitlyn and her now-fiance shared that they catch up with her mom in Mexico and celebrate a late Mother’s Day. In the post, she said they last saw Leslie Hipkin over a “year-and-a-half ago.” Well, as Bachelor Nation fans now know, they also celebrate the couple becoming engaged. We reported that in the photos that they shared this week that Kaitlyn looked absolutely “surprised” and thrilled. Meanwhile, Jason Tartick looked very proud and happy as well.  In fact, Jason took a lot of care selecting and designing the proper ring for her.

Just two months ago, Bachelor Nation talked about Kaitlyn Bristowe & Jason Tartick. They started wondering if the couple ever gets engaged. A hint that they planned a long-term future came as he talked about raising a family. In fact, they both love the idea of raising kids and Jason thought it would really be fun if they ever produce twins. Well, maybe we hear soon that Kaitlyn expects a baby and becomes a mom herself. Now she caught up with her own mom, the reaction was priceless.

Bachelor Nation fans see how her mom reacted at the airport

Taking to Instagram Stories Kaitlyn Bristowe & Jason sat chatting in the car as they drove to the airport. She said that it was only 5.30 in the morning, but she felt so excited as they fly out to Mexico. Jason mentioned that they also see her mom there. Well, happy, full of fun, and glowing, the Bachelor Nation star showed off her ring again and her cute nails. Finally, when they arrived in Mexico, she showed a shot of her mom outside the airport. Kaitlyn said, “She’s crying.” Well, she sure did. She stood with her hands over her eyes.

Next, Kaitlyn Bristowe & Jason met up with her and she just ran into her mom’s arms. After that, they all went out to a restaurant and Kaitlyn ordered some wine. Other photos revealed beautiful scenes of scenery in Mexico taken from an infinity pool. Hopefully, her mom and the rest of their family all enjoy a wonderful time celebrating Mother’s Day and their engagement.

Remember to check back with us often for more news about the Bachelor Nation couple, Kaitlyn Bristowe & Jason Tartick.