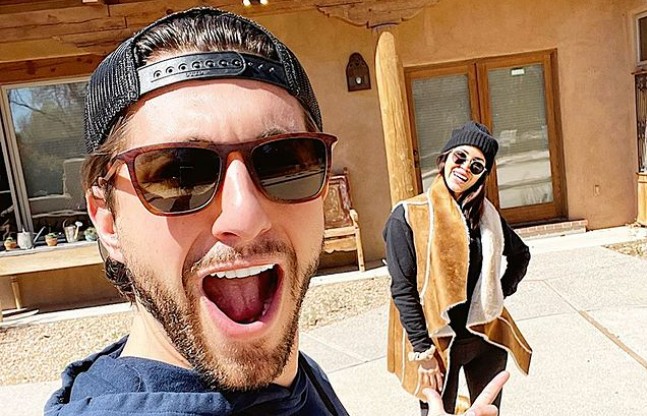 Everyone hoped Jason Tartick and Kaitlyn Bristowe would be engaged by now. They aren’t. However, they are talking about starting a family. In fact, Jason opened up about their future plans as Kaitlyn steps in to co-host this season of The Bachelorette. Are they wanting babies before they get married?

Hollywood Life shared all about what Jason had to say about his future plans with Kaitlyn. Jason and Kaitlyn are as strong as ever. He’s even with her and their two dogs in New Mexico while she films The Bachelorette. He said they both want a family. Jason said, “It’s funny — we go back and forth as far as time tables because we have plans and you have ideas of what you want to come and out of left field things happen, right? We’re on the same page.”

Since making their relationship official in February 2019, the two are nearly inseparable. They cheer for one another and are deeply in love. As far as kids, they both are anxious to start their family. As for when, Jason said, “We’re on the same page.” He continued, “I think in a perfect situation, we joke around — having any healthy kids would be ideal but we always joke around, ‘How perfect would it be if we had twins?’”

So, perhaps an engagement will be announced soon as well. Everyone is cheering for Jason and Kaitlyn. 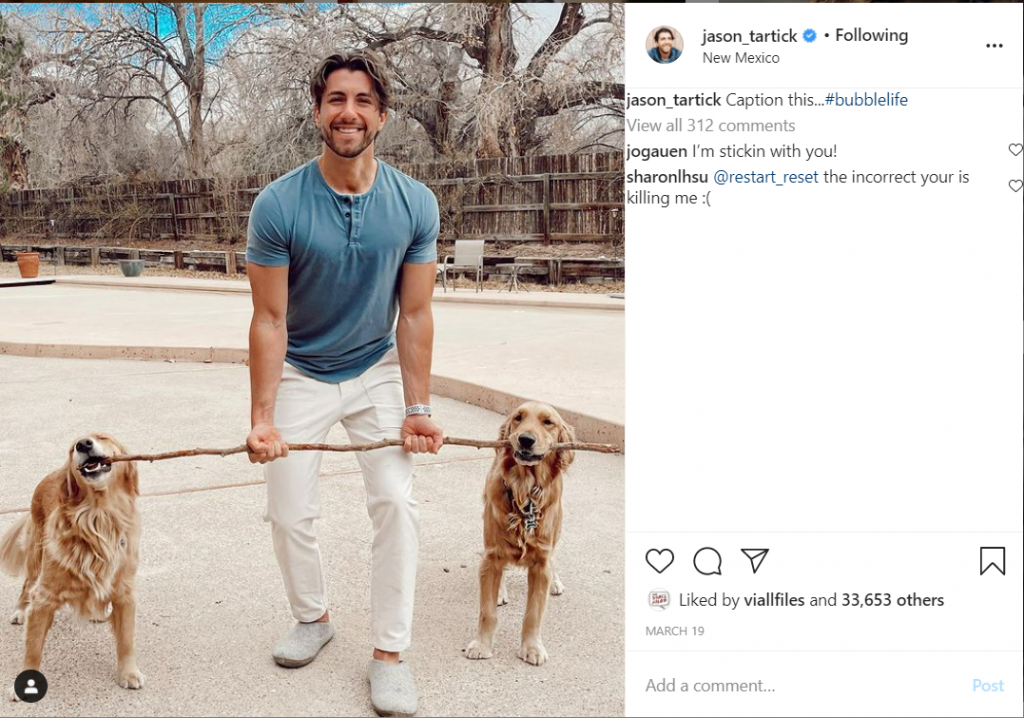 Jason also shared it’s hard to make plans these days. He said they were both shocked when Kaitlyn was offered Dancing With the Stars. Then, she won! Just when they were finally settling back in near Nashville, she got the call to co-host The Bachelorette.  He said, “As much as you like to plan things, the unexpected can happen and in these examples, the unexpected is unbelievable things for Kaitlyn.”

Aside from moving around with Kaitlyn, Jason suffered from sleep issues for a while. Now, he says he found a solution so he can get a good night’s sleep. He started taking Natrol Melatonin. Jason says it’s been a game-changer. He isn’t sure what caused his sleep issues. However, it first occurred when Kaitlyn was doing Dancing With the Stars.

The two look incredibly happy while hanging out in New Mexico. Filming for the new season of The Bachelorette is happening just outside of Albuquerque. Katie Thurston is hoping to find the love of her life after not finding it with Matt James.

Stay tuned for more updates on Jason, Kaitlyn, and all your favorite Bachelor stars.

‘The Bold And The Beautiful’ Spoilers: Hope Makes A Shocking Discovery
Tammy Slaton Drops Pounds, Declares She’s ‘In Love’: See Weight Loss Photos
Audrey Roloff Opens Up About Who She Used To Be
Savannah Chrisley’s Sassy by Savannah FINALLY Has A Release Date!
‘Married at First Sight’: Find Out How Much Meka is Worth