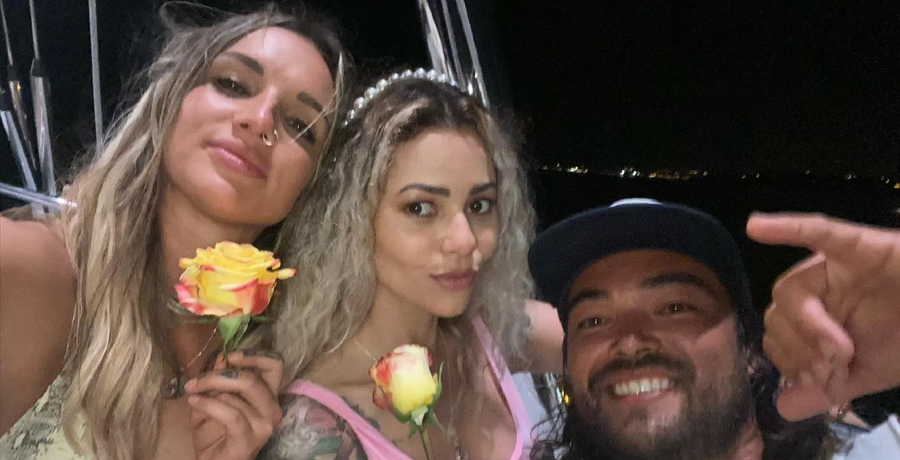 Below Deck Sailing Yacht star Alli Dore held a Q&A via her Instagram Stories. Fans wanted to know everything from her hookup with fellow stew Dani Soares to making money while yachting. As TV Shows Ace previously reported, Dani confirmed their hookup on a recent episode of Watch What Happens Live.

The yachty made an appearance alongside Vanderpump Rules star Lala Kent. Host Andy Cohen grilled Alli with a lot of questions that night, including her hookup with Dani. Fans recall when the two made out and went into the master suite. They wanted to know if their hookup was for real or made up for TV.

Now, Alli is talking about the downside to filming on a sailing yacht.

On Wednesday, May 12, Alli answered fans’ questions. They wanted to know more about her hookup with Dani. Others wanted to know her thoughts on Dani’s pregnancy, including how she’s doing. Alli said that fans can learn all on the latest episode of their Instagram Show “Pita Party.”

One Below Deck Sailing Yacht fan asked Alli if she regrets having so much PDA with not only Dani but also First Officer Gary King. The stew revealed there was too little privacy on board and it wasn’t because of all the cameras. The crew members were together 24/7, even more so since they couldn’t leave the sailing yacht due to the strict COVID-19 restrictions. While Alli has nothing against her crewmates, she would’ve appreciated a little alone time.

“Yeah for sure, I’m not a mean person, but it’s so hard to get any privacy in our crew,” Alli admitted. “We are always together, always on camera, always working, always in our Covid bubble. It makes so difficult to get a minute alone.”

Another fan asked if filming a reality show is a challenge. Alli admitted that it posed a challenge in her personal life rather than her professional life. Even though she got into some wild situations, it didn’t affect her career. Probably because most people in the yachting industry drink and party.

The Below Deck Sailing Yacht Season 2 star talked about the challenges of filming. Again, it wasn’t because of the cameras following her everywhere she goes. It was the aftereffects of filming a reality show. People judged her and her actions.

“We were all really raw on our season, we opened up a lot and all of us have moments we aren’t proud of,” Alli explained. “We are under a microscope and sometimes people can be very cruel with the things they say.

Alli, Dani, and chief stew Daisy Kelliher talked about the double standards among the fans. Alli and Dani recalled receiving hateful DMs from men after their hookup aired. Aside from yachting, Alli revealed that she’s interested in activism, diving, hiking, and conservation work. When she’s not working on a yacht, she dives for a living.

“I’m a divemaster and I love my job so much! It’s really cool to be able to explore the ocean from above and below with diving and yachting as my two careers,” Alli said. “Exploring below the surface is the most magical, otherworldly experience.”

Regardless, Alli still loves yachting and loves the “freedom” and “the beauty of the ocean.” Since filming Season 2, she misses pranking her crew members the most. As for whether the crew still gets along with deckhand Sydney Zaruba or if Captain Glenn Shephard ever joins them for their crew nights, fans will have to keep watching to find out. Below Deck Sailing Yacht airs Mondays at 9 p.m. ET on Bravo.