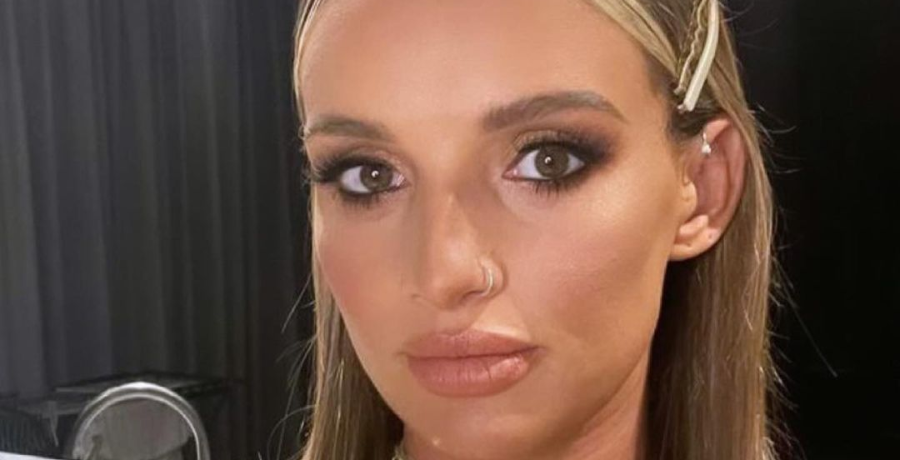 Below Deck Sailing Yacht star Alli Dore made an appearance on Watch What Happens Live with Andy Cohen on Monday night. Fans wanted to know what happened behind closed doors with Alli and fellow stew Dani Soares. They were confused about what was happening between them and rightfully so. Alli previously showed interest in First Officer Gary King and Dani already spent a night with deckhand Jean-Luc Cerza Lanaux.

In the previous episode, Dani didn’t like Jean-Luc’s behavior. He kept complaining that their crew members were making a mess on the deck. She wanted attention and affection, so she playfully made out with Alli in front of him. She kissed a girl and she liked it, so she took Alli with her into the master suite for some more fun.

On the Monday, May 10 episode of Watch What Happens Live, a fan wanted to know if the Below Deck Sailing Yacht stars really hooked up or if they were pretending to make the guys jealous. Alli and Dani made out and snuck away into the master cabin of the yacht. Dani said she didn’t remember what happened because she drank too much the night before. Their hookup may have been rooted in revenge.

“Alli what exactly happened between you and Dani in the master suite?” the person asked. “Were you just trying to get Gary jealous? Or did the two of you actually hook up?”

Andy said it was a “good question.” Alli laughed and said, “Look, I was just going with the flow. I’m a pretty open person and I enjoy life experiences.” She called Dani a “sexy” person and admitted she wanted to hook up with her. Why else would she follow her there?

After Below Deck Sailing Yacht viewers watched their hookup play out on television, both Dani and Alli received hateful messages on social media. Dani called out the comments she received. She said there is a double standard since two women hooked up on the show for the first time. Dani noted that when a man hooks up with a woman, no one is bothered by it.

“When Sydney and Gary hooked up, and [Dani] and J.L [Jean-Luc Cerza Lanaux] hooked up, it wasn’t such a topic,” Alli added on last week’s Watch What Happens Live episode. “But then when you and I hooked up, that clip has been shown many times. I have received some seriously brutal DMs. We both, because of two girls. Like really horrible things.”

Dani admitted that she hooked up with Alli only to make Jean-Luc jealous. But apparently, there was more going on between the stews than viewers noticed. The hookup took everyone by surprise. It was the first same-sex hookup to take place on the show, even on the entire franchise. This was the first time that fans saw two girls doing more than just sharing a drunken kiss.