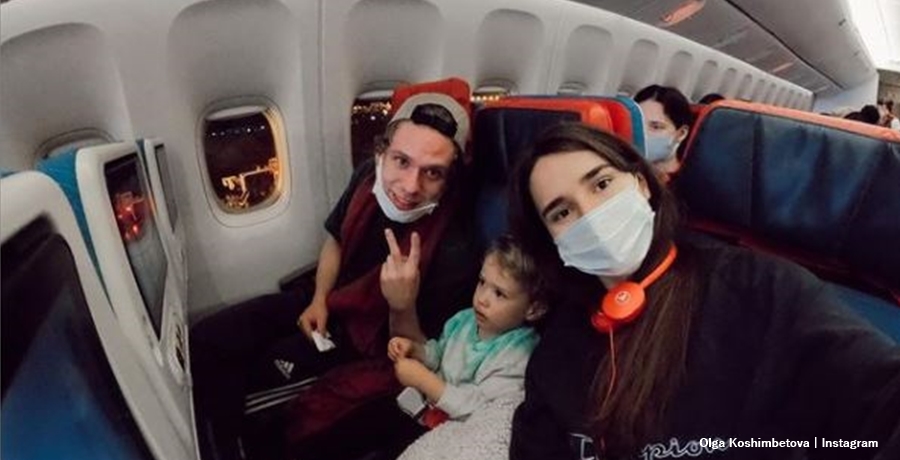 90 Day Fiance star Olga Koshimbetova and Steven Frend met in 2017. Fans saw them in Season 6 in 2018 on the TLC show. Recall, Steven went to Russia and they welcomed their son, Alex Richie there. Then in 2019, she moved to the USA and they married. The young couple split but reunited which makes their fans very happy. However, like all the people in the franchise, landing that green card seems problematic.

For a while, the parents of Alex Richie bickered and fought and they split up. Steven seemed exasperated as he felt that Olga made no effort to change. Meanwhile, she seemed unable to accept their split. The ding-dong scenario played out over social media. However, in early March this year, Steven told his fans that they reunited. Actually, TLC fans really liked both of them as a couple. After all, Steven stepped up as a dad and tried making a decent home for his family.

Steven Frend Of ’90 Day Fiance’ Confirms He And Olga Reunited

In late March, fans of 90 Day Fiance star Olga wondered if they planned a move to Russia, Olgas’s home country. It came when Steven said that he’d love to live there. His photo revealed that he and Olga enjoyed a meal in a Russian restaurant. Well, it turned out they took their son there but returned. Actually, in another post, they told fans they only visited the place. Nevertheless, they don’t rule out the possibility of a summer house there. Actually, neither of them likes the extremely cold winter weather in Russia. Last week, Olga shared a post that showed them on the flight home.

Did the TLC star get her green card?

Fans who wonder if Olga works yet and received her green card might be disappointed. On Wednesday, May 12, the 90 Day Fiance star went onto Instagram Stories. It certainly seems from her post that they never got one. Also, it seems like they wait indefinitely. Sounding frustrated, she asked others if they ever experienced “no update,” and similar issues as she does. Perhaps the coronavirus slowed things up. Still, she must feel very impatient now to work and help build a future for her family.

Possibly the 90 Day Fiance star looks at an alternative income of some sort. She also shared in the same batch of stories that she started a group on Telegram. She directed her fans to follow her there. It looks like she possibly does a workout with fans via the site. At one stage, Olga took a huge interest in photography as well. Perhaps she becomes a model or sells her own photography one day.

Remember to check back with us often for more news about 90 Day Fiance stars Olga Koshimbetova and Steven Frend.