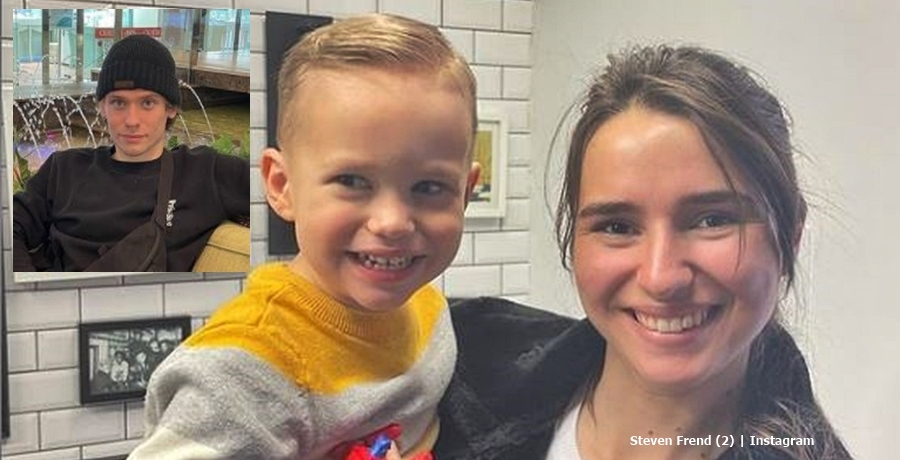 Steven Frend & Olga featured in 90 Day Fiance Season 6. They met in the USA when Olga Kishombetova visited the country. Later, Steven went across to Russia, where they welcomed their little boy, Richie Alex. Olga joined him in the USA but they split a year after marrying. Now they are reunited, they visit Russia. Naturally, fans wonder if they plan on relocating there. After all, Steven and his wife both said in the past that they miss Russia.

Recently, we reported that Steven shared a photo of himself in a Russian restaurant. In a second photo, he revealed Olga accompanied him. His caption mentioned that he said, “I could so live in Russia.” Fans of 90 Day Fiance seemed thrilled that he and Olga reunited. In the comments section of the post, he confirmed that and made fans very happy. Olga, in particular, quickly gained the favor of TLC fans in their first season of the show. So, fans care about her and her adorable son a lot. Therefore, when they heard that Steven broke it off, they felt heartbroken for Olga. Additionally, many people assume they divorced.

Well, it turned out that Steven Frend & Olga returned to Russia for a vacation. Notably, Monsters and Critics focused on the aspect of International travel during a pandemic. The outlet noted that the couple documented their long flight on Instagram. Of interest, they encountered an issue when an immigration officer asked for their marriage certificate. Now, a lot of fans assumed they divorced. Nevertheless, Steven dug around and found it in his folder. In a post on Sunday, March 28, he claimed he never filed for a divorce. Additionally, Olga merely lost her ring.

In his post, part of his caption made 90 Day Fiance fans think that perhaps Steven Frend & Olga plan on living in Russia in the future. He mentioned a “huge transition…which is why [they] took this trip.” Fans think they might look around at homes and seek jobs. Plus, one fan who asked when they return, saw that they plan a very long vacation. Steven talked about May or June before they return home. Meanwhile, others guessed that Steven Frend & Olga visit Russia for another wedding ceremony. That way, Olga’s family might witness their union. However, he denied that.

Tired of guessing, one 90 Day Fiance fan just asked directly if Steven Frend and Olga move to Russia. Sometimes, just asking a straight question brings a straight reply. Steven said, “I WISH.” So, that seems off the tabke for now. Nevertheless, they plan on maintaining ties over there. He talked about purchasing “apartments.” That means they can “rent them out” and then spend their summers living there. It looks like the winter weather in Russia seems rather too extreme for either of them.

So, this vacation isn’t about Steven Frend & Olga relocating there any time soon. Mind you, it looks like living there part-time becomes a top priority a few years down the road.