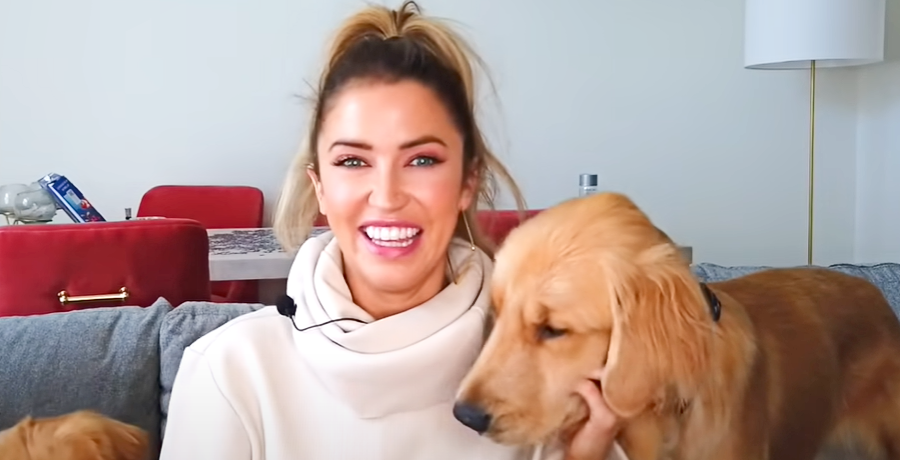 The two were meant to find love with each other. Kaitlyn and Jason met when he came on her podcast, started dating in 2019, and have been going strong for two years. They live in Nashville with their puppies. Fans have been speculating about an engagement for a while now.

It didn’t take long for others in Bachelor nation to start congratulating the couple. Ali Fedotowsky said, “so wonderful!” She also commented on the huge ring Kaitlyn was wearing. Tartick also gushed about their relationship on social media. He said, “Choosing your forever is the most important decision in the world.”

Kaitlyn Bristowe thought she was going to do a podcast with a special guest. It turned out to be an engagement instead. Ben Higgins said, “massive news! So pumped for you two.” Ashley Rosenbaum reacted saying she “just died.”

The newest lead of The Bachelorette, Katie Thurston said, “I’m so happy for you guys,” according to US Weekly. Becca Kufrin went all out saying, “letting out the loudest Ric Flair woooo that there ever was.”

Wells Adams just liked her nails. He said, “Whatever friend told you to get the fire manicure before this is the real hero. Congratulations you two weirdos!”

Fans Are Also Very Happy For The Couple

Kaitlyn Bristowe also got lots of messages from her fans on Instagram. One fan said, “best day ever. Couldn’t be happier for you two.” Another said, “the content we’ve been waiting for.” A third said, “text me for the dog tux hookup,” assuming their fur babies will be part of the ceremony.

Other celebrities also got in on the congratulations. Rachel Bilson shared her enthusiasm for the couple, as did Savannah Chrisley. Stassi Schroeder of Vanderpump Rules said, “omg congratulations.” Chrishell Stause of DWTS also posted several heart-eye emojis. What do you think of Kaitlyn Bristowe’s engagement? Comment with your thoughts down below.

‘My 600 Lb Life’ Milla Clark: Where Is She Now And How Is She Doing?
’LPBW’ Fans Swoon Over Tori & Lilah Roloff In Field Of Wildflowers
‘The Republic Of Sarah:’ Air Date, Cast, Trailer, & More
The Winder Family Shares ‘Seeking Sister Wife’ Season 4 Update
Now That ‘Younger’ Is Over, What Is Status Of Hilary Duff’s Spinoff?