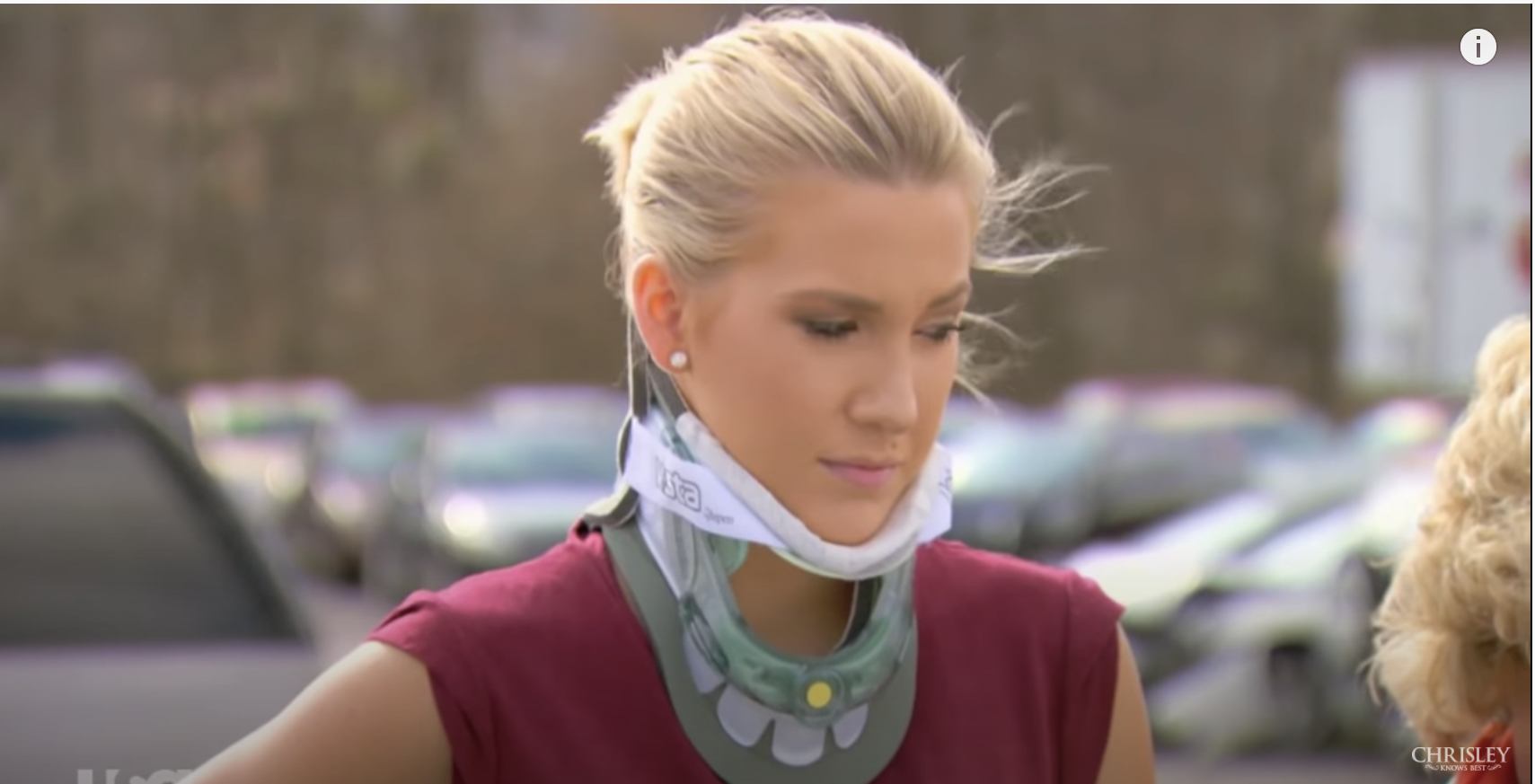 The new season of Chrisley Knows Best will be here before fans know it. In the meantime, they can keep up with their favorite reality television family by checking out their social media. Also, Todd and Julie Chrisley share updates about what is going on with the family on their weekly podcast, Chrisley Confessions. Today (May 11) Savannah Chrisley posts a throwback proving she’s been an adrenaline junkie for a very long time. This comes just a little over a week after she posts a video of her skydiving. Keep reading to find out more about Savannah Chrisley’s wild child ways.

In the caption for the sky-diving video, Chrisley Knows Best Savannah shares a fact about herself that some fans may not know. Savannah explains that she’ll “do just about anything that may or may not put [her] life in danger.” However, there does not seem to be any apparent cause for concern since from the looks of the hashtag, she’s just a daredevil.

Apparently, from the looks of this throwback photo, she’s been a daredevil since childhood. The photo shows a little Savannah Chrisley on the back of what looks like a red motorcycle or dirt bike. Another mystery is who is on the bike in front of her. There is a lot of speculation that it’s Chase, however, neither Chase nor Savannah confirm this.

She anticipates having a wild child of her own one day

The caption is sweet and alludes to the fact that children are oftentimes worse than their parents growing up. Which given the fact that Savannah didn’t let her father, Todd Chrisley. know she was going skydiving, it can only be expected. “I have a feeling when I have a little girl… she’s going to give me a run for my money,” pens the entrepreneur with a cry-laughing emoji. She goes on to write, “I was DEFINITELY a wild child lol!”

Fans respond in the comments with how different Savannah looks in this throwback photo. Some of them see Grayson when they look at this photo. For the most part, fans are just excited to see such a great photo of Savannah. However, there is another mystery about this photo. Where is Savannah’s helmet? This makes people wonder if they were actually riding the bike, or just posing.

Do you think Savannah Chrisley is in for it when she has children of her own? Do you think the young kids in the photo were actually riding the motorbike? Let us know your thoughts in the comment section below.

‘Teen Mom’: Jenelle Evans and Daughter Ensley Involved In Car Crash
Why Kim Kardashian Claims She Is Moving Out Of Her $60M Mansion
Savannah Chrisley Secures Her Back-Up Baby Daddy: Who Is He?
‘Outdaughtered’ Fans Go GaGa Over Danielle’s New Look
Chase Chrisley Shuts Down Todd, Gets Good Qualities From Julie