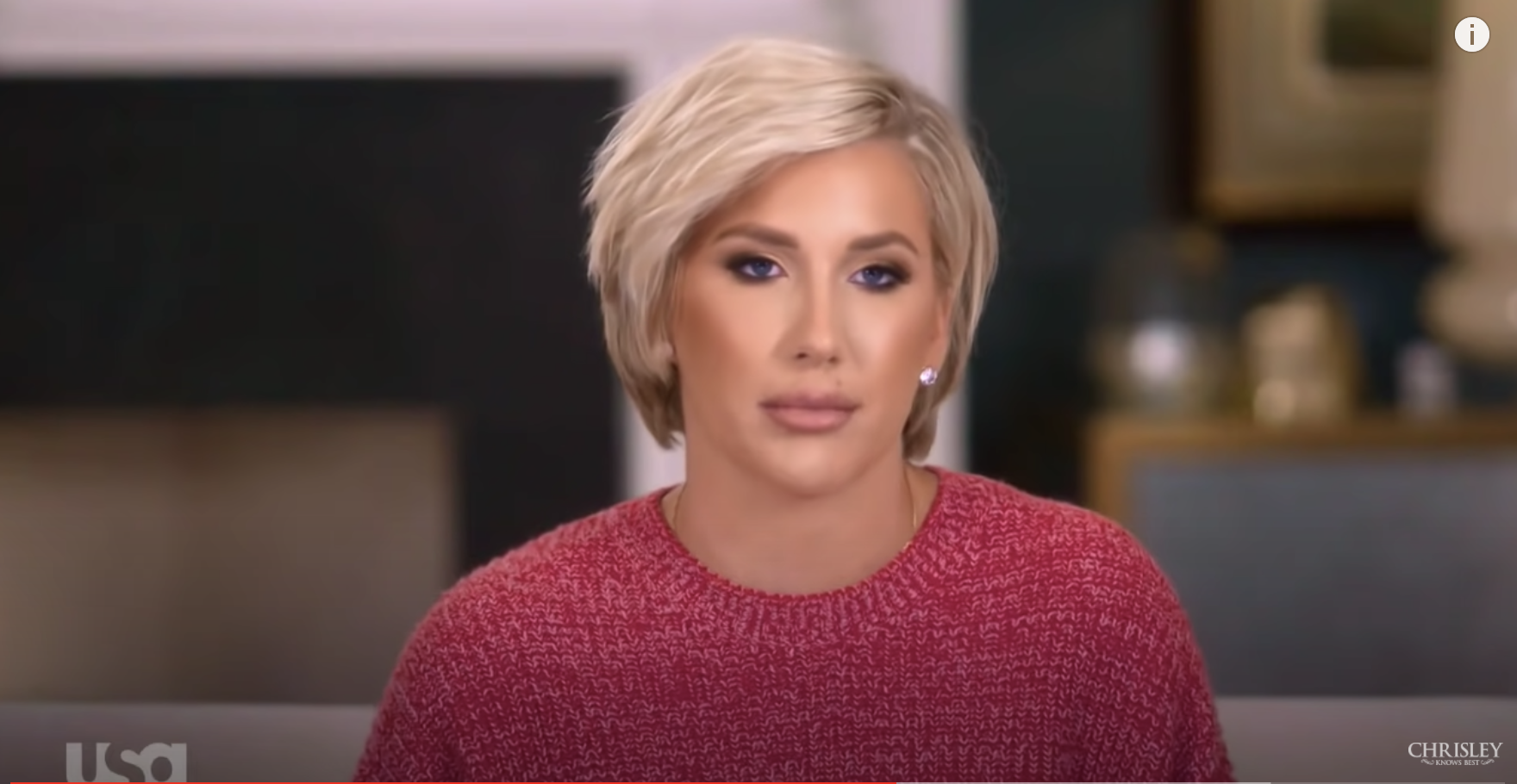 Chrisley Knows Best star, Savannah Chrisley is becoming increasingly more active on social media. Recently, she goes on Instagram to share details about a relaunch of her Sassy by Savannah cosmetics line. Even more recently than that, she chronicles her tropical vacation. A few nights ago, Savannah shares photos of nightlife in downtown Nashville, Tennessee. Now, she’s sharing a video of something “scary but fun” she did. Keep reading to find out more.

Chrisley Knows star does something ‘scary but fun’

Chrisley Knows Best Savannah Chrisley shares an exhilarating video on her Instagram. The reality television star/entrepreneur is in an airplane donning sky-diving gear. All the while, she’s grinning from ear to ear. Next thing you know, she and her instructor are taking a front flip out of the side of the plane. The video has Rihanna’s “Monsters” playing. Unfortunately, there’s no audio to hear what everyone is saying.

In the caption, Savannah explains that she’ll “do just about anything that may or may not put my life in danger.” However, there does not seem to be any apparent cause for concern since by the looks of the hashtag, she’s just a daredevil. Savannah had such a great time on her sky-diving adventure that she’s sure to let everyone know in her caption, that she wants to go again.

What does Todd Chrisley think about Savannah sky-diving?

While Chrisley Knows Best fans would assume that her father, Todd Chrisley would be one of the first to comment on this video, that’s not the case. Several fans are quit to acknowledge that Todd would through a fit. Savannah responds to one fan with, “oh…gets even better! Haha I didn’t tell him… because I knew he’d lose it.”

While fans anxiously await Todd’s reaction,  two out of three of Savannah’s brothers take to the comments section to share their opinions on Savannah sky-diving. First, Chase pens, “Ain’t no way in hell I would ever do this shit.” Next, Kyle writes, “You’re crazy as hell Savannah that is terrifying.”

Maybe, she gets it from Nanny Faye. One fan points out that they thought they were going to see Nanny Faye with her. Surely it won’t be too long before sky-diving is a Chrisley family affair.

Savannah asks her fans the following question. “What was the scariest but most fun thing you’ve ever done?!” Let us know in the comment section below. Also, let us know what you think Todd’s reaction is going to be.

‘General Hospital’ Recast Leak – Who Is Next In Port Charles?
Preview: ‘Mr. Corman’ Takes On 30-Something Panic Attacks And Regret For AppleTV+
Tayshia Adams Did What? Zac Clark Spills The Tea
Isabel Roloff Shares Adorable Snap Of Her Finding Out She Was Pregnant
Courtney Waldrop FINALLY Completes Forgotten Memory: See Photo