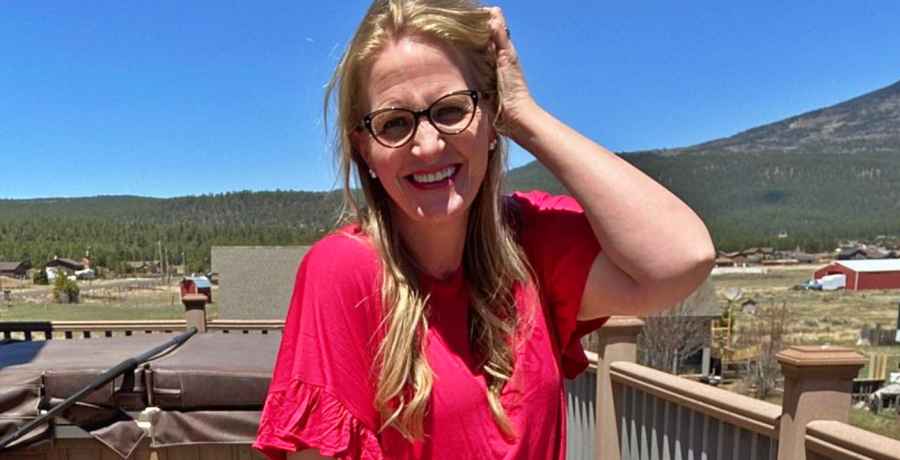 Christine Brown of Sister Wives has always seemed to take the COVID-19 pandemic lightly. During the latest season of the TLC show, she has been out and about. This included a trip to New Jersey during the pandemic. It was therefore a surprise to fans when they found out that Christine had received her first dose of the COVID-19 vaccine. What did fans say?

As fans know, Sister Wives features the lives of Kody Brown and his four wives, Meri, Christine, Janelle and Robyn. The Browns fled Utah over fears of persecution for being fundamentalist Mormons and finally ended up in Flagstaff, Arizona. During the latest season, fans saw the Brown family struggling with their ideals. Many started to believe the wives are getting tired of their situation. In fact, wives Meri and Christine were particularly unhappy.

During the recent season of Sister Wives, Christine seemed to be taking the COVID-19 pandemic lightly. She had even been traveling around, including a trip to New Jersey. As readers know, traveling is widely considered to be unsafe during the coronavirus pandemic.

For this reason, Sister Wives fans were surprised when Christine made a Cinco de Mayo post on Instagram. She posted a smiling image while revealing that she had received her first vaccination. She was clearly enjoying the festivities while eating tacos and guacamole, which are apparently her favorite. However, Christine did add that she would “lose it like a piñata loses its candy” if she experienced any side effects from the vaccine.

Sister Wives fans were quick to respond to the news, with many thrilled that she was helping to combat the deadly virus. However, other fans did express surprise that she had received the vaccine. Apparently, many believed the Browns would take the uneducated route of not believing in the virus. TLC reality fans will no doubt recall how Christine didn’t like to use a microwave over the complications it could cause. However, it looks like the idea of the COVID-19 vaccine didn’t make her concerned at all.

One fan wrote, “Good for her” for protecting herself and her family and being vocal about it. Many of her followers wrote to say they had also received their first or second shots, with some feeling a little rough. Many of Christine’s followers commented to say she looks great, complimenting her on her outfit.

Despite this, most comments were positive, with other fans wanting to know if the other wives had received the vaccine. They noted that Kody and Robyn had both stated that they were fearful of the pandemic. On top of this, fans will remember Janelle told Kody to stay away from her home due to the virus. However, there is no news as yet as to whether anyone else in the family has taken the vaccine step.

Are you surprised that Christine got the COVID vaccine? Share your thoughts in the comments below.