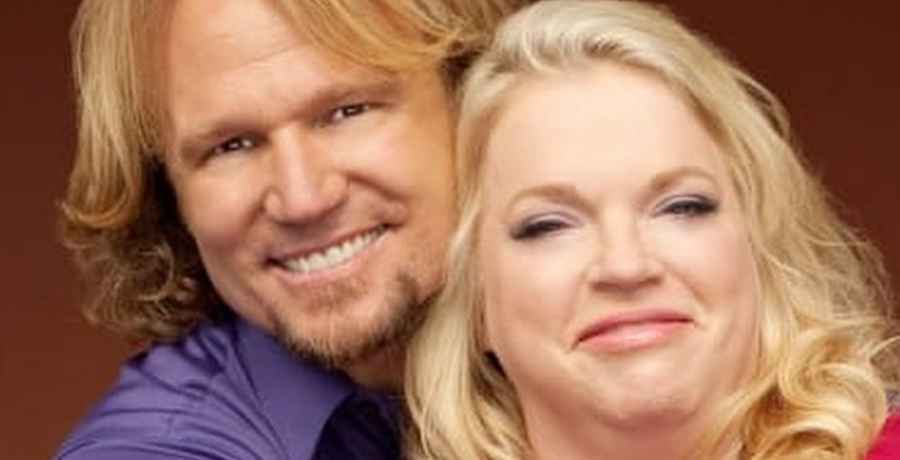 A sneak peek into Sunday’s episode of Sister Wives reveals Janelle Brown, concerned over her family. In the clip, she tells Kody she wants him to “stay away” from her home amid the COVID-19 pandemic. It turns out Meri is also concerned over Mariah and Audrey in Chicago, over coronavirus dangers.

Janelle Brown is doing her best to protect her family in Sunday’s episode of Sister Wives. This is even if it means she cannot see her husband for a while. Admittedly, the whole Brown family is worried about COVID-19 right now on the show. However, Janelle particularly has told Kody to “stay away” from her home.

As fans know well, reality TV doesn’t air in real-time.  In the case of Sister Wives, the extended family has only now heard about the COVID-19 pandemic. In a sneak peek, Janelle tells Kody to stay away, saying, “I would worry too much that there could be a risk.”

Janelle Brown speaks up about the pandemic

During Sunday’s episode of Sister Wives, Janelle, 51, speaks up about the pandemic. She says, “So I’ve been watching the news and they’re starting to talk about everybody staying home, but I have Garrison, who works with construction crews and stuff here in town. I’ve got Gabriel, who is being careful associating with his friends, but I can’t guarantee what that looks like yet.”

The TLC reality star continues, saying instead of sitting there and waiting to be told, or having something horrible happen, she is making a decision. She wants Kody to stay away from her home until they can figure out how bad the pandemic is going to get. As fans know, Janelle shares Logan, Maddie, Hunter, Gabriel, Garrison and Savannah with Kody. Prior to the pandemic hitting the US, Kody was regularly visiting Janelle, Christine, Meri and Robyn in their separate Flagstaff, Arizona homes. However, the onset of the COVID-19 pandemic is presenting a brand new challenge for the plural family. They are already struggling with a sense of separation and now this comes along to threaten their collective health.

In the teaser, Janelle tells Kody on the phone that her “household presents a risk.” This leads to her telling Kody, 52, to stay away. Janelle says that it is nobody’s fault – “it’s just circumstance.” She adds that she is trying to be really brave, smart and logical. She gets emotional when she says this is because she doesn’t know what it will be like not to see Kody for so long.

Janelle hopes that their relationship will “survive” the distance and tells Kody he is “going to owe me big time buddy, man, when we’re done here.”

However, Kody is confused and frustrated by Janelle’s choice for them to be apart. He tells the cameras that sometimes he doesn’t quite understand everything going on in the family. Kody adds that he doesn’t know why she is calling him and telling him, “Hey, this is the way it’s going to be.”

The Brown family patriarch says he wishes they had a camera on him when he received the call from Janelle. He said Janelle’s statement pressures him, that he has to make up for this somehow. But he asks, “What?” Kody says Janelle is making these choices and telling the kids to continue with what’s normal in their lives. He doesn’t understand why he is supposed to pay for that.

Meanwhile, in another brief teaser for Sunday’s episode, COVID-19 has just hit Chicago on the show. Now, Meri can’t help but worry about Mariah and Audrey.

This week on #SisterWives, COVID hits Chicago and the family can't help but worry about Mariah and Audrey. Tune in SUNDAY at 10/9c! pic.twitter.com/5qUHqRdgXo