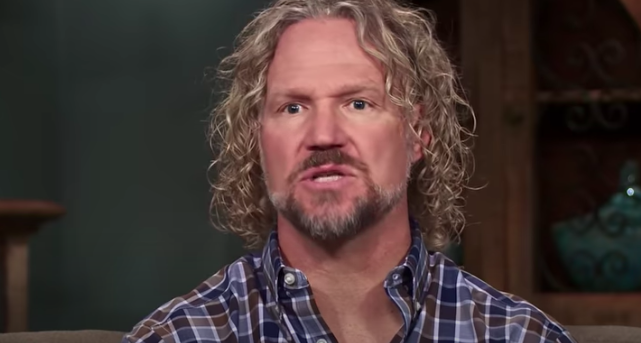 Ysabel Brown posted new photos on Instagram but fans are wondering where Kody Brown is? Now, Ysabel is letting everyone know exactly what happened.

Where is Kody Brown

This all starts with a set of photos that Ysabel Brown shared on Instagram. She is wearing a beautiful blue dress and looks like she is going off to prom with her friends. Christine Brown, Ysabel’s mom, is in the photos too. But, fans quickly noticed that Kody Brown isn’t there. They were sure to point it out too. After all, it seems like he isn’t there for a lot of his children’s events.

“So beautiful!! I wonder why Kody is never in any of the pictures for kids events,” a fan writes.

Well, it turns out photos don’t always show the full story. In fact, Ysabel responded to the fan asking the question and revealed that he did, in fact, show up for the event. She says that he stopped by to see her off, she just chose what to post.

“Pictures don’t always allude to something bad happening, there’s often more behind what i decide to post and he did stop by before i left to see me off :),” she responds.

So, while it doesn’t seem like he is around a lot, it does seem that maybe he just doesn’t always get included in the photos. At least he was able to stop by for a bit to see Ysabel off.

What did the moms think?

Of course, Kody isn’t the only one in the family that matters. Ysabel’s beautiful dress featured spaghetti straps. Normally, the moms tend to lean on the conservative side for their kid’s clothing. One fan even asked what exactly was going on with that.

“Hi I’m curious. When I started watching the show it seemed like the moms were a bit more conservative with like dress code. Were your spaghetti straps okay with them now or did you still have to convince them? Do you feel like the modest dress code has lessened over the years? Btw this is not judgment at all (you looked great in your dress) I’m just going based off what was said in the show about dress code/modesty,” the fan writes.

Ysabel was actually able to explain it. Not only was it okay because it was a special event, but she also doesn’t just dress modestly for the moms. She says that she also just does it for herself.

“i try to be as modest as possible for myself and to respect my parents but if it’s a fancy event then i think i get a pass lol,” she responds.

Despite what fans see on social media, it seems Ysabel Brown still has the support of both her mom and her dad.

Do you think Kody Brown shows up for his kids’ events? Let us know in the comments below. Come back to TV Shows Ace for more news on your favorite Sister Wives family members.

Moriah Plath Sticks It To Her Strict Parents With New Instagram Photo
Jessica Batten Of ‘Love Is Blind’ Gets Happily Ever After
Disney+ Day Is November 12, All The Good Stuff You Need To Know
Why Kim Kardashian Claims She Is Moving Out Of Her $60M Mansion
‘I Am Jazz’ Season 7 Premiere Date Confirmed By TLC