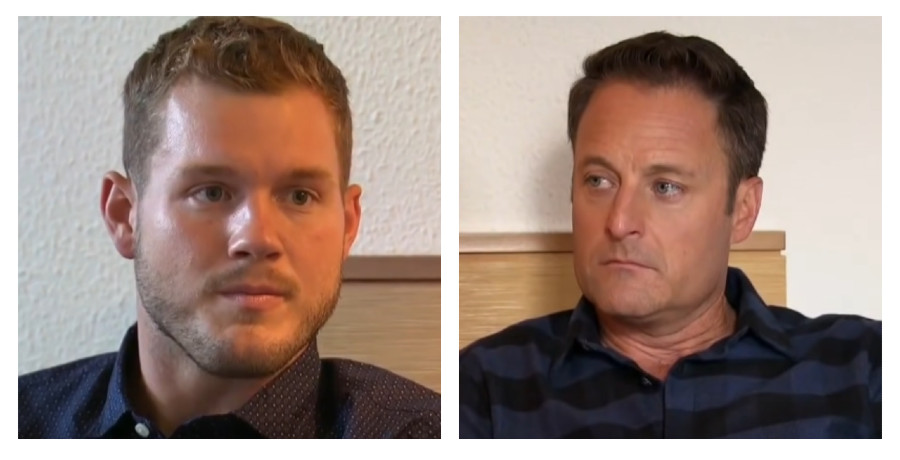 Chris Harrison has been silent on social media since he announced he was “stepping aside” from hosting. But the magnitude of Colton Underwood’s interview on GMA this morning finally broke Chris Harrison’s silence.

How did he react to Colton Underwood coming out as gay?

While some fans “knew it,” plenty of fans of the franchise were taken aback by Colton Underwood’s interview on Good Morning America. For one, Underwood has been out of the limelight since Cassie Randolph filed a police report against him. She also asked for a restraining order in September. The restraining order was dropped a month later.

A lot has changed for Colton Underwood in the last six months. He spent a large chunk of the time reflecting on his life. He fought through the dark time when he was coming to terms with his sexuality.

On Wednesday, April 14, he announced to the world that he was gay. The timing of the announcement comes days after an online rumor that he has a new project in the works with Netflix. The streaming giant has yet to respond to the rumors or to Underwood coming out.

But several other notable names in the franchise did react.

A lot has happened in the Bachelor Nation universe in the two months since Chris Harrison went radio silent. Rachel Lindsay was bullied to the point where she temporarily disabled her Instagram. Chris Harrison never spoke out publicly against the bullying.

But he broke his two months of silence to show support for Colton Underwood. Referring to the former Bachelor lead as his “friend,” Harrison sent “love and support” in the wake of the GMA interview.

There has been a lot of discussion among fans of the show whether Colton Underwood misled the contestants on his season. During the interview, he insisted that he intended to find a wife, but some fans think it was all ruse. And they wonder if any of the women from his season feel the same.

Then stalked, harassed, belittled a woman and her family

The man put a tracking device on the woman’s car

& y’all give him praise & a show? pic.twitter.com/canydz4CoP

Tayshia Adams was one of his final three women. He ultimately sent her and Hannah Godwin home so he could chase after Cassie Randolph. She had self-eliminated before the final rose ceremony.

Adams went on to look for love on her own season of The Bachelorette. She’s currently engaged to her final rose pick, Zac Clark. She took to Twitter to comment on the Colton Underwood news.

She wrote that she is “so proud” of her ex. Like Harrison, she sent her “love and support” to Underwood.

. @colton I am so proud of you for finally being able to share and live your truth. Sending you love and support! 🤍✨

The producers from the show banded together to show their support for Colton Underwood. Page Six reports that the producers released a joint statement to Underwood. It said,

“We are so inspired by Colton Underwood’s courage to embrace and pursue his authentic self,” the statement read. As firm believers in the power of love, we celebrate Colton’s journey in the LGBTQIA+ community every step of the way.”

Cassie Randolph has yet to share her thoughts on Colton Underwood’s announcement that he is gay.

Wait, Where Are Lindsie Chrisley’s Pants In This Photo?!
‘LPBW’ Amy Roloff Dishes Personal Details On Mother’s Day
Why Colton Underwood Won’t Talk About Cassie Randolph Anymore
‘OutDaughtered’ Fan Drags Photo Of Hazel Busby, Too Much?!
Justin & Claire Duggar May Be Preparing To Start A Family – Here’s Why