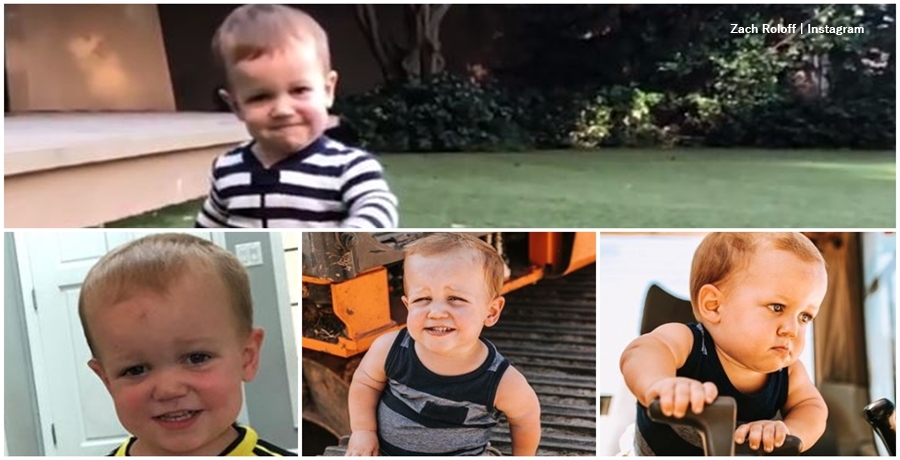 Baby J Roloff gradually becomes known as Jackson these days. After all, he’s not a baby anymore. However, for years everyone knew him by his moniker. On occasion, his mom Tori and his dad Zach refer to him by the old nickname. Usually, that comes when the cute Little People, Big World star does something particularly adorable. Well, he just hit a huge milestone and TLC fans agree that he’s just too cute.

Baby J Roloff so adorable as he celebrates his new milestone

For a while, Jackson refused to allow his mom to take photos of him. We reported that back in mid-march this year, the cute Little People, Big World star went off it. Suddenly camera-shy, Tori said that she couldn’t post too many pics. After all, he seems over cameras in his face. Actually, a lot of kids go through that stage. Fortunately for TLC fans, his aversion seemed short-lived. He started allowing his mom to take photos again at about Easter time.  year. That’s awesome for fans, as Tori shared loads of photos as he hits a huge milestone this week.

Baby J Roloff turns four years old next week. Born on May 12, 2017, some people, find it hard to take in that he already becomes a big boy. Last year, when the LPBW family celebrated his third birthday, Tori shared about her amazing little boy. She said that she asked him what he’d like for his birthday. At just three years old, he told her he wanted his, “Mama, dada, baby Lilah Ray, and dog dog [Murphy].” Well, fans thought that seemed wonderful. After all, most little kids talk about cars, or big cakes and other treats. This year, Jackson celebrated his birthday a few days early and TLC fans thought he looked adorable.

Taking her Instagram, Tori said that Baby J Roloff enjoyed a birthday party. Probably, they celebrated early because the weekend meant they threw a party for him. However, his actual birthday is on Wednesday. In the video clip and the other photos in the gallery, the little TLC star looked so happy and adorable, fans agreed. The one clip revealed all the kids singing happy birthday while he stood there soaking it in. Then, he blew out the candles on his cake and gave his dad a high five.

One fan of Baby J Roloff said, “His sweet face while everyone is singing ❤️ happy birthday Jackson ✨.” Then another one said, “That video melts my heart ❤️😍.” Meanwhile, other fans gush about how cute he is. One of them commented, “Oh my goodness he is so cute!!”

Do you think that Jackson could possibly get any more adorable than he looked when he celebrated his new milestone? Sound off in the comments below.

Remember to check back with us often for more news, spoilers, and updates about Baby J Roloff from TLC’s Little People, Big World.

Tune in to TLC on Tuesdays for more Roloffs. A new season of Little People, Big World kicks off on May 11.