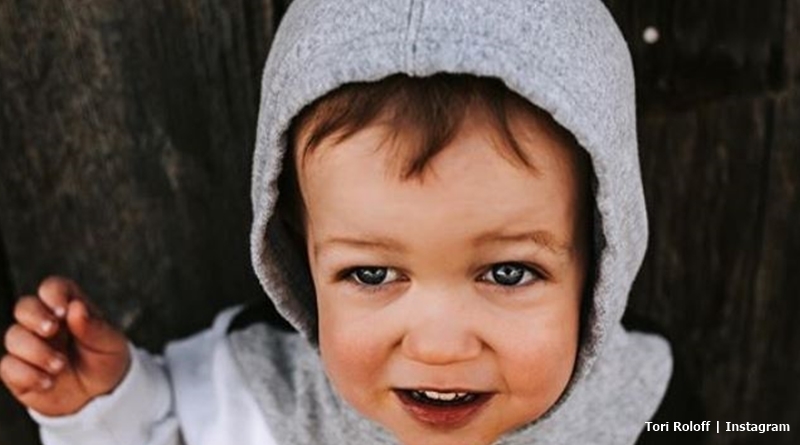 LPBW fans absolutely adore Jackson. Tori and Zach Roloff’s son hits his milestones regularly, a bit of a poke in the eye for critics who suggested he’s developmentally behind others his age. Now he’s about to turn three years old, and Tori shared some photos of her adorable son on his scooter. He looks comfortable and quite skilled, some fans think. So, his dwarfism really didn’t impact his milestones.

At an early stage in Jackson’s life, he and Murphy the dog started spending a lot of time together. Some people trolled on Tori as he sometimes crawled on Murphy. Some people worried the dog might hurt Jackson. At one point, a critic even suggested Jackson mentally lagged behind other kids, so they should be more careful with him. Well, Tori later addressed Jackson’s development. Fortunately, dwarfism doesn’t have an impact on mental or emotional development.

TV Shows Ace reported that in 2019, Tori answered questions about Jackson. After inviting questions about dwarfism in children, Tori then shared her answers. One of those questions asked about Jackson’s development. “Does dwarfism include any developmental delays?,” one LPBW fan asked. Well, Tori told them “Dwarfism does not come with developmental delays.” Naturally, all kids grow and develop at slightly different rates. And, notably, so far, Jackson looks just fine.

Jackson Roloff becomes a firm fan-favorite with Little People, Big World fans. Often, Tori posts up his milestones. Popculture recalled his first dentist visit. Other outlets report him walking, crawling, and more. And his milestones seem right on time. At the age of three, Jackson mastered a push scooter. While some restrictions on age limits for electronic scooters might be introduced, according to Bethesda Magazine, kids of any age can master the old-fashioned scoot and push scooters. That’s especially applicable in their own yard.

Tori’s latest photos of Jackson showed him riding his little scooter. He’s all kitted out with a helmet, which is a good thing. But, in the second picture, the little guys turning and leaning just right! Certainly, the Little People, Big World kid looks confident and comfortable with his ride-on toy. Tori captioned it with, “I can’t believe that in less than a month this kid is going to be 3!!” LPBW fans loved the picture of him riding his scooter. One said, “There is seriously nothing cuter than him on his scooter with his helmet ♥️.”

What does Jackson want for his birthday?

Jackson’s got a lot of toys. Matt gave him a ride-on truck for Christmas and his own plane to climb on at the playground. What do you give a child with so many toys and fun things? It seems though, that Jackson’s quite happy with what he’s already got. Wise words came from this little three-year-old boy when Tori asked him what he wanted for his birthday. the LPBW mom said on her Instagram post, that Jackson wants his “Mama, dada, baby Lilah Ray, and dog dog [Murphy].”

As the LPBW mom put it, “If that kid doesn’t have it right then I don’t know what is. We have everything we need.” Wow, what an answer to brighten up Tori’s life. Do you agree that Jackson Roloff seems to have his priorities just right? Did you love the photo of him with his helmet on as he zooms around on his scooter? Sound off in the comments below.