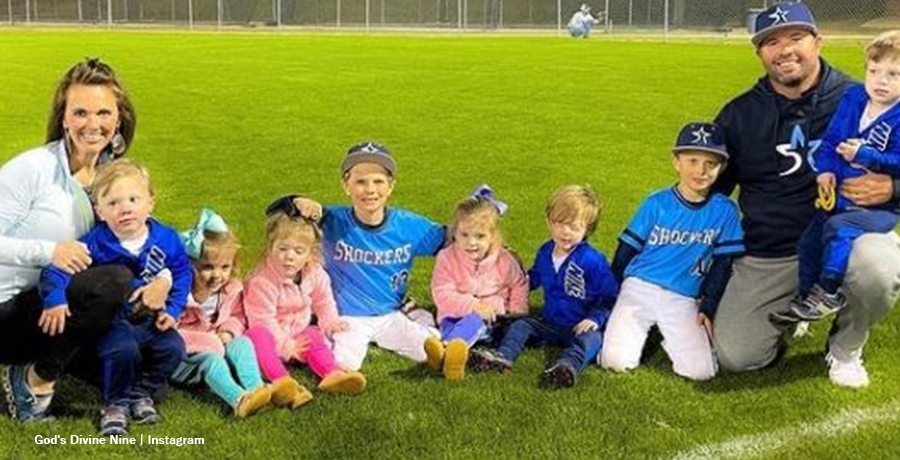 The Waldrop kids keep their mom on the go all the time, it seems. In fact, sometimes she really encourages them to burn off energy throughout the day. That probably means early bedtime and then relax time for her and Eric. Additionally, with the little kids asleep, it possibly gives the twins Bridge and Wales, and their older brother time to chat with their mom and dad. After all, keeping up with six little kids probably makes it hard for everyone to get the same amount of attention. Well, the bigger boys included some of the sextuplets in their games and they played with bats and balls indoors.

Waldrop kids swing their bats inside the house

On Friday, TLC star Courtney posted up come clips on her Instagram Stories. They revealed that the boys played ball in the house. The clip showed some of the older boys and the sextuplets enjoying themselves next to a big dining table. Of course, Sweet Home Sextuplets fans might stress about all the glass windows inside. However, taking a closer look, it seems that the boys just swing around plastic bats. It also seems that the ball they played with might have been soft and lightweight.

It certainly looks like the Waldrop kids enjoyed themselves a lot. Actually, it probably gladdens their dad’s heart. In fact, he coaches the older boys at baseball and the family often goes along to their tournament. Ever since the sextuplets were tiny, they watched their brothers practice and play the sport. Additionally, mom Courtney says that she loves the game and she’s very proud of Eric and the older boys. Now, it looks like they raise more baseballers to carry on the family tradition.

While the family all loves baseball, out of season the older boys focus on basketball. Just think, when the Waldrop kids all get a bit bigger, they might probably enjoy hours of fun playing basketball in the yard. Hopefully, they don’t do that inside the house though. Mind you, it looks like the twins kept their basketballs close by during the bats and balls game inside the house.

Perhaps the Waldrop kids played with a Toddler Baseball Set for Beginners. Specially designed lightweight, parents can pick one up for fairly cheap. Judging by the kids in Courtney’s clips, the little kids really like playing the game. Guru Parents notes that ball games are very good for little kids.  The website says, “they provide hours of simple fun and in many cases these days, much-needed physical activity!” It also helps teach little kids about hand-eye coordination.

Remember to check back with us often for more news and updates about Courtney, Eric, and the Waldrop kids from Sweet Home Sextuplets.