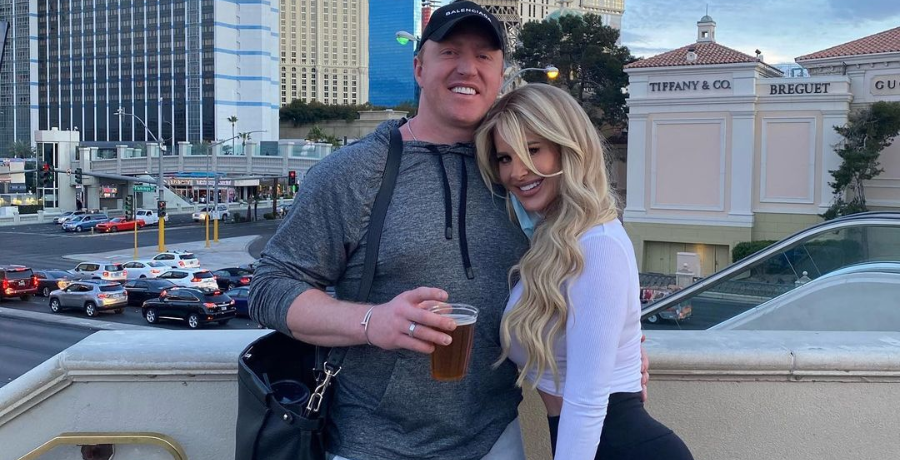 The party is over. Bravo canceled Kim Zolciak-Biermann and Kroy Biermann’s show Don’t Be Tardy after eight seasons. That means the family won’t be “Tardy” for anything anymore. Not even for their own reality show.

On Friday, May 7, Bravo decided to pull the plug on The Real Housewives of Atlanta alum’s spinoff. The network also released a statement behind the decision. While Bravo has “enjoyed watching the incredible journey” of this family, they decided that the show “will not be returning for another season.” However, the Biermann’s are welcome back to their network in some other form.

Don’t Be Tardy originally started as a wedding special for Kim and Kroy when they wed on November 11, 2011. Due to its popularity, it then turned into a reality series following her family’s everyday lives. Last year, rumors swirled that the show could face cancelation after Season 8 was pushed back several times.

Since the news broke, Kim Zolciak-Biermann made it clear that her reality TV days are not over yet. Both Kim and her husband Kroy released a statement to TMZ about the cancellation. The couple is positive about their future. They want to continue to share their family’s lives on television.

“You will see the Biermann family on [your] TV screens again very soon,” they said. “Grab yourself a glass of wine and stay tuned.”

In their statement, the pair said they’re extremely grateful for their long-standing relationship with the network. Meanwhile, a spokesperson for Bravo said they enjoyed watching the Biermann’s journey play out on television and their children grow up in the eyes of the viewers. It appears that there is still a good relationship between Bravo and the Biermann family. It’s unclear how Kim, Kroy, and their daughters, Brielle and Ariana will return to reality TV.

Kim Zolciak-Biermann and her family decided to switch things up for Season 8. The final season showed the couple and their children — Ariana, 19, Brielle, 24, Kash, 8, KJ, 9, and twins Kane and Kaia, 7 traveling across the country in an RV just before the COVID-19 pandemic hit. The Biermann family took an interest in RVing before it became the preferred way to travel.

“We honestly thought it was a joke until we saw the RV,” Brielle told Page Six in October 2020. “Seeing the RV put things into perspective for us, like, ‘Oh, f***, we really are leaving. We have to get our s*** together. We’re going to have to pack and we’re going to be stuck to this small little RV with 10 of us.’ It didn’t seem real.”

Kim made her debut on Bravo in 2008 as one of the original RHOA cast members. She left the series after Season 5 and returned as a “friend” of the Housewives in Season 10. In 2018, Kim confirmed that she will not return to the Housewives franchise. Both Kim and Brielle liked being part of Don’t Be Tardy rather than RHOA since it was about “fun” and “family.”

Are you surprised by Don’t Be Tardy’s cancellation? Would you like to see Kim return to The Real Housewives of Atlanta? Sound off below in the comments.