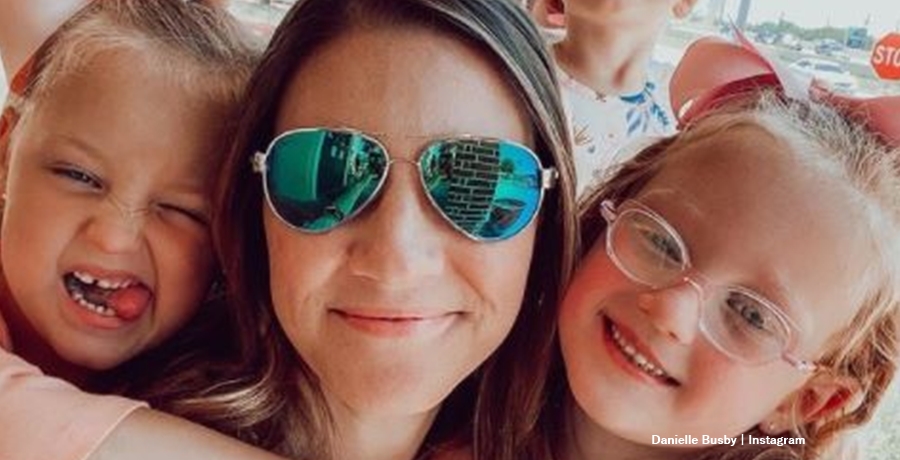 Danielle Busby suffers from health issues and OutDaughtered fans saw a lot about that on the last season of the TLC show. Actually, the season ended without fans finding out the diagnosis. At least she didn’t need heart surgery as she previously feared. However, in real life, the reality TV star goes for procedures and tests to this day. So, as so many people recognize her, is that why she hides in a corner with her shades on?

During the show, TLC fans saw that the mom of the quints and Blayke cried. In fact, she seemed distraught and very distressed as she feared heart surgery. After she suffered strange symptoms, she actually thought she suffered from a heart attack. Finally, she ended up wearing a heart monitor. It probably didn’t help that she stressed about her family so much. A few days ago, she said on her Instagram that she actually finds it “hard” to share such personal things about her life. Possibly, that’s why she needs a bit of privacy now.

Is Danielle Busby Getting Heart Surgery?

At the end of the season, fans heard the good news that Danielle Busby actually came out in the clear for an unhealthy heart. However, that means that she ended up where she started, trying to find out what ails her. Doctors also tested her for other things with no negative outcomes. These included bloodwork and results from a nerve study test. Around and around she goes. Meanwhile, she still seeks answers. In fact, she went for some sort of medical procedure on Thursday, May 6.

Hiding in a corner

Danielle Busby took to her Instagram and revealed herself sitting with her dark glasses on. She captioned her photo with, “Hiding in the corner with sunglasses.” she added that she and Adam ate some breakfast “after… medical procedures today.” Well, it is very possible that she wore her sunglasses indoors for some privacy. These days, tons of fans suggest what might ail her. It might become an issue if everyone recognizes her and wants to stop by for a chat about doctors and tests.

Actually, a lot of celebrities struggle with the same thing. Some fans say people like Danielle Busby should just accept intrusion into their private lives. The Mirror reported that even “actress Eva Longoria” feels reality TV stars should just accept that their private lives become everybody’s business. After all, “they offer their personal lives up as entertainment.” However, perhaps people understand why the TLC star hides in a corner. It must feel very invasive sometimes.

Remember to check back with us often for more news about Danielle Busby from TLC’s OutDaughtered.