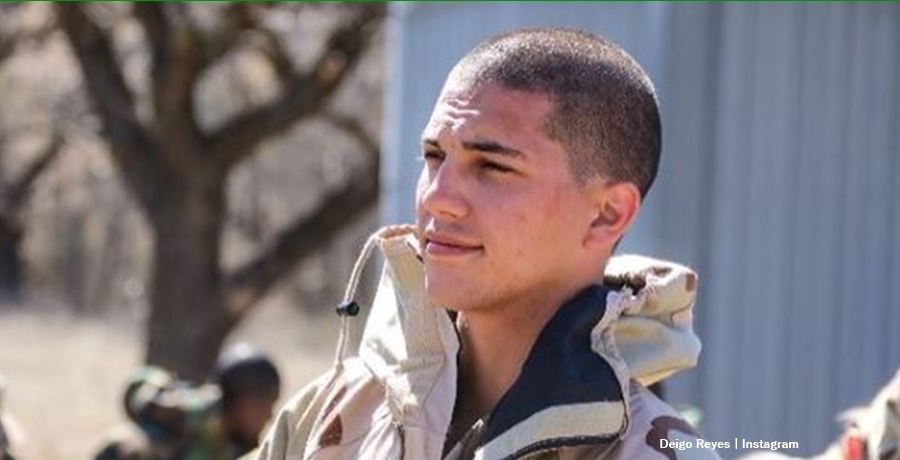 Unexpected alum Diego Reyes and his girlfriend Emiley Noack welcomed their daughter, Aria. However, it didn’t work out in the long run. Actually, Diego clashed with Emiley’s mom Bridgette a lot. In Season 2, TLC fans saw that Emiley felt that her baby daddy didn’t support her enough. Later she found a new boyfriend, and they travel a lot as a family. So, what happened to Diego? Did he stick with his new job and does he see Aria?

In May last year, we reported that Diego went through his basic training for the army. Ahead of his training, he felt frustrated with living in a small town. Diego said that he did a lot of running as he prepared for his intake. Well, his dad, Fabian, who incidentally, liked Emiley a lot, seemed very proud of his son. When Diego graduated, he told his followers all about his son. Unfortunately, because of the coronavirus, it was only a virtual event. Since then, he shared more photos of his son, and one came on Veteran’s Day in November 2020.

Many TLC fans would probably not even recognize Unexpected alum Diego Reyes these days. Here are a couple of photos his dad shared over the last year:

However, fans might wonder if he stayed with the Army in 2021. Or, if he and Emily still co-parent Aria. Well, Screenrant reported in March this year that “her relationship with Diego and his family,” is going well. They talked about how he “turned things around for himself.” Additionally, his dad Fabian helped look after Aria during the “early days of the pandemic.” That probably explains why he posted so many photos of his grandchild on his Instagram.

Emiley’s ex sees Aria and still serves in the Army

Unexpected alum Diego Reyes still sees Aria. Meanwhile, things changed for Emiley after he left. She found a new boyfriend named Hunter. Updates reveal that he travels a lot for work. So, they moved into an RV, and the family travels around together. However, they obviously make time for Diego Reyes and his daughter. On April 10 he shared a photo of her with other kids in the Reyes family.

Probably, Unexpected alum Diego Reyes sees her whenever he’s able. In fact, military life can be hard for moms and dads who serve as they often miss seeing their family. In March this year, he shared a post which he geotagged as “Somewhere In Europe.” Then, in April this year, he shared some photos that look like they were taken in a military barracks. He captioned his very short hairstyle with, “My boy got me looking right💈, nothing but good news lately call me McDonald’s cause I’m lovin it.”

What are your thoughts on Unexpected alum Diego Reyes? Sound off in the comments below.