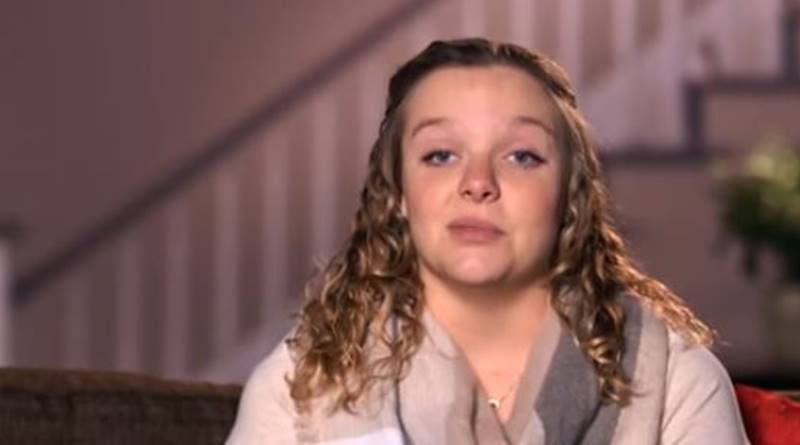 Unexpected fans heard that in 2018 things took a dismal turn for Emily Noack and her boyfriend Diego Reyes. At the Tell-All, she complained he treated her badly and didn’t help out with baby Aria enough. Last fans heard the couple broke up. But this month, Emiley popped up a photo of someone who appears to be her new boyfriend.

TV Shows Ace reported that Emily and Diego went through problems. It became evident during the Tell-All that the couple broke up. Mainly, Emiley felt he neglected Aria and her way too much. However, we noted that since then, it seems from his social media that Diego upped his game on that. But, it appeared that the couple remained split.

Starcasm noted that Emiley shared about a guy on her Instagram this week. He’s not a bad-looking fellow, some fans think, and his same is Hunter. The outlet noted that the picture showed them in Texas, his home state. But they mentioned that it’s not clear how or where they met. After all, Unexpected‘s Emiley’s in Oklahoma. They suggested they met as he travels a lot with his job. It seems he might be a “pipefitter” or welder.

Emiley’s photo of her new man

On her Instagram, Emiley shared a photo of Hunter. She captioned it with, “Snapchat saw it first😅.” Fans immediately assumed he’s a new boyfriend. One follower said, “Yay Emiley!!” And another fan asked if it’s her “new boyfriend.” The original person noted, “I’m assuming so haha.” Other fans also suspect Hunter’s her new man. One noted, “Congratulations to the couple, Emily you’re a very good-hearted person, I’m glad you found someone nice to treat you as well as you deserve, 👏👏👏”

Actually, nobody except Emiley and possibly her close family and friends know if the new guy’s treating the Unexpected star well or not. But, fans like to hope for the best for the reality TV star. Actually, recalling the problems Emiley had with Diego, some fans noted the new guy looks a better person. One outright described Diego as a “douche bag.” Lots of fans trolled on them for saying that. One fan thought the person in the photo was Ed Sheeran. They wrote, “Holy sh*t I thought this was Ed Sheeran!!”Other fans agreed, so yeah, he looks really nice, they think.

Emiley didn’t confirm they are dating

Despite all the speculation and assumptions that Emiley and Hunter are dating, she never explained fully. So, a bit of mystery remains. In the meantime, it certainly looks like the Unexpected star might have found a new love. What do you think? Do you hope this time she found the right sort of man for her? Sound off your thoughts in the comments below.