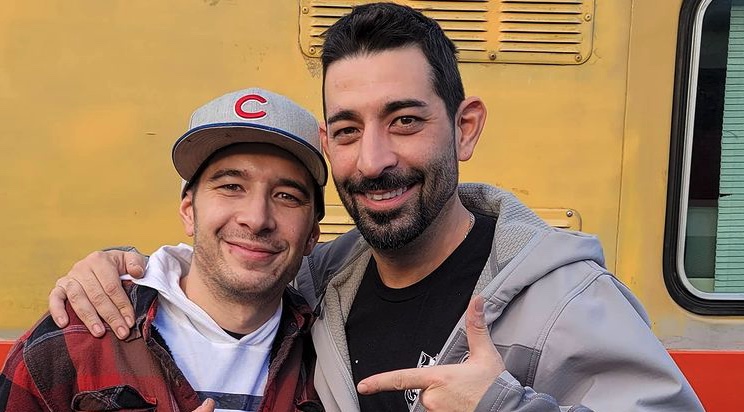 For a while now, Deadliest Catch fans have been wondering about Jake Harris, Captain Phil’s youngest son. Where has he been and what has he been doing, now that he has moved on from some mercurial times?

Turns out, Captain Josh Harris, co-captain of the F/V Cornelia Marie has an update on his little brother. Moreover, fans of the Discovery show should be pleased with the latest news.

Anyone who has been following Josh Harris on Instagram has been happy seeing him share photos with his younger brother Jake Harris. It has been over a year since Deadliest Catch star Jake Harris has been dealing with some of his issues that sent him to jail. However, thanks to an exclusive Josh Harris interview, we know a bit more about what the younger Harris is doing.

First of all, Jake is “in the fold.” At the time of Josh’s interview with April Neale, he was right there in Seattle working on the boats, retrofitting them. Josh explained that Jake is “doing really well.” However, it is all “baby steps.” That is because Jake is understandably still “working through his stuff.”

Moreover, Josh insists that there is no pressure to return. He shared that “If he’s comfortable and feels good and strong enough to come back to work, we are here with open arms for him.”

Could Discovery Choose To Add Jake Harris To Series?

In the interview, Captain Josh revealed that recently was the first time in 12 years that he hung out with Josh Harris like that. When asked whether his brother would return to Discovery and Deadliest Catch: Bloodline, Josh shared a few caveats.

Although there is talk about Jake returning to the boat, ultimately it is up to what “the network thinks.” Also, it is “entirely up to him.”

Sounds like Jake needs to decide if he wants to return to the reality television world or not. This will certainly require some careful reflection. Also, it does sound like Discovery will have to approve of Jake returning to the boat and series.

Josh admits that there was a “lot of pressure” put on Jake throughout his life. That led him to cope with his issues in a non-healthy way. However, he is now doing well and has quite a new lease on life.

What is Jake Harris’ life like now? According to Josh, Jake has a new girlfriend, and she is the mom of two children. Jake “loves being a dad.” Moreover, Josh proudly says, “he’s good at it.” In fact, he is so good with kids, that when he visits Josh, Josh’s daughter ignores her dad for uncle Jake.

It is not hard to believe that Jake has found a lot of synergy with kids. Their unconditional love is likely very open and healing.

The most revealing part of Josh’s interview was that Jake Harris now has come to terms that bad things can happen to good people. Josh explained that Jake now understands that you must “put one foot in front of the other.” Josh also emphasized that “you’ve got a family here.” Josh added, “Let’s do it. It’s not like you’ve been shunned out of this industry.”

Lastly, Josh positively shared, “Everybody has bad days, and it’s just time to get back on the horse.  I think he’s really doing well.”

Be sure to watch the Deadliest Catch Season 17 on Tuesday nights on Discovery Channel at 10 p.m. Eastern, Bloodline right after. Meanwhile, discovery+ viewers will get episodes one week early. It is currently streaming commercial-free.