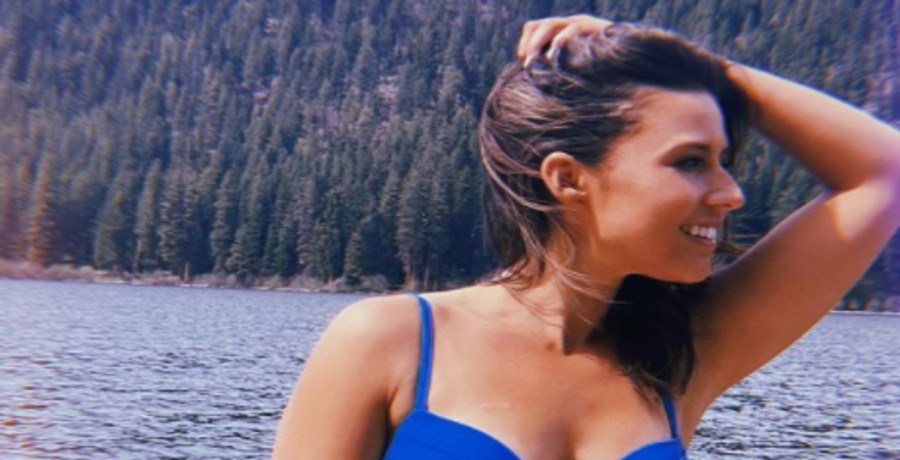 Those who met Katie Thurston on Matt James’ season of The Bachelor might not know about the massive following she had on TikTok. She rose to fame sharing TMI videos with her followers. These stories included pooping her pants at work and wondering during quarantine what it would be like to make it with a ghost.

Before she had been announced as the new lead, she posted to TikTok she’d be back when things slowed down. She hinted life was crazy and she didn’t have time. She said the message was for everyone who knew her before The Bachelor.  Thurston spent the past couple of months filming her own love story. Her journey will look a little different as it is being hosted by Kaitlyn Bristowe and Tayshia Adams.

During filming, Katie Thurston wasn’t on TikTok. She shared a lot on Instagram, but not on TikTok. Since coming back to TikTok she shared herself getting vaccinated and why it is important. She shared she once sent fan mail to Robert Pattinson. In the most recent one, she shared mental health advice for Mental Health Awareness month.

She said she wanted to share something that was brought to her attention the other day. “It’s such a good mindset to have,” she said. Katie said, “someone giving you their time is the biggest gift.” She went on to say because it’s a piece of their life they will never get back. Katie said she wants her followers to flip it.

“Think about who you’re giving your time and mental energy to.” She said don’t waste energy on people who make you sad, mad, jealous, or anything of the sort. She ended by saying, “Time is a gift, and use it wisely.” It resonated with several people on the app who said they really needed to hear the message.

Time is a gift. Who are you sharing your time with?

How Do Her OG Followers Feel About Her New Role?

Katie’s self-proclaimed OG followers are happy to have Katie Thurston back on TikTok. Some of the others said they missed the old Katie, which, according to at least one comment, was someone who’d wear a unicorn onesie and chug a beer on live.

One fan said, “As one of your OGs I can safely say you have never looked more beautiful. I do miss the old you. But I wish the new megastar you the best.” Katie’s season of The Bachelorette will air in June. Fans have been going wild speculating who she might have given her final rose to. Did Katie’s advice for managing your time resonate with you? Are you looking forward to her season of the show? Comment with your thoughts below.