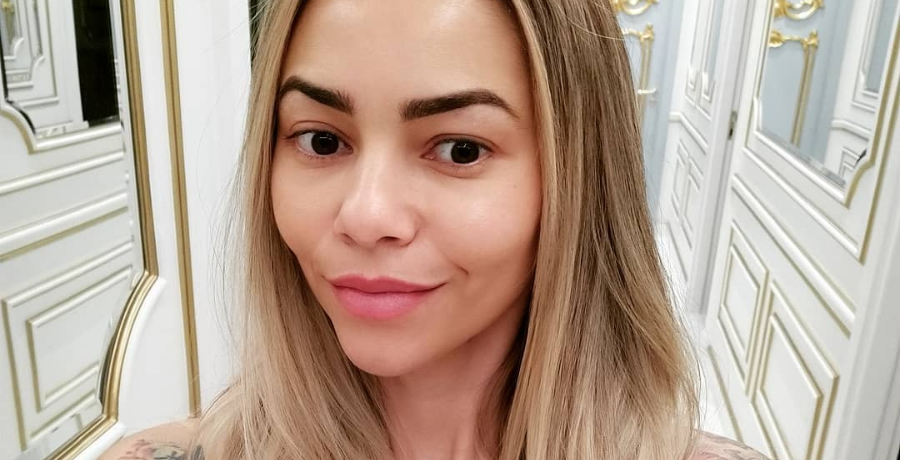 Below Deck Sailing Yacht star Dani Soares shared a new baby bump photo. Last month, she shocked fans with her unexpected news. The former stew is expecting her first child. Since then, she’s been sharing updates on social media. However, she will not reveal any details about her pregnancy, including the paternity.

That hasn’t stopped the rumors from swirling. Some fans think Jean-Luc Cerza Lanaux is the father. That’s because they’re seeing the pair’s romance play out on the show. She also confused viewers when she drunkenly hooked up with fellow stew Alli Dore.

Dani Soares shares a sweet message for her baby

On Wednesday, May 5, the Below Deck Sailing Yacht Season 2 star took to Instagram to share a new baby bump photo. Dani wore a black sparkly dress. In the lengthy caption, she shared an emotional message for her unborn child. Dani wanted her baby to know that they’re not “unwanted.”

“From the moment I knew you were here, I’ve been making sure I’m doing everything I can to help you grow healthy inside of me and make sure you’ll have what you need when you out,” Dani wrote in the caption. “This is not how I dreamed, not how I planned, but you not unwanted. Bringing a life to this world is a blessing and you are here to show me I have a reason to keep going and a purpose in this life. You already are so loved.”

Meanwhile, fans commended Dani on her touching post. They have a feeling that she will be a terrific mom. Others offered their congrats to the reality star. Dani received a lot of support since announcing her pregnancy.

Dani has been receiving a lot of support for her pregnancy news. On Monday, May 3, she talked about the positive reaction she received from her fellow Below Deck Sailing Yacht crewmates.

“Everybody’s so supportive,” Dani told Us Weekly. “Alli’s [Dore] in Australia and she was like, ‘My parents said they can come to their farm if you need some support, and you can stay here with us and they’ll be the grandparents!'”

She revealed that Chef Natasha De Bourg has also “been amazing as well” and that Chief Stew Daisy Kelliher has been supporting her every step of the way. Dani is also “really close” with both Alli and Natasha. She talks to them “at least twice a week,” especially during the trio’s weekly “Pity Party” Instagram shows.

The 33-year-old also has spoken to Captain Glenn Shephard and engineer Colin Macrae since leaving the boat. Deckhand Sydney Zaruba reached out to her as well. She calls the cast “lovely.” Even former Below Deck Mediterranean Chief Stewardess Hannah Ferrier has “reached out” to Dani following her own pregnancy and offered some advice.

Dani is “pretty far” along but wants to keep the details a secret. Once she knows the baby’s gender, she will share it but she also wants to try her “best not to reveal it” to the world just yet. Dani hopes to have a natural birth at the hospital. Since leaving the yachting life behind, she is “quite happy having a normal life.”