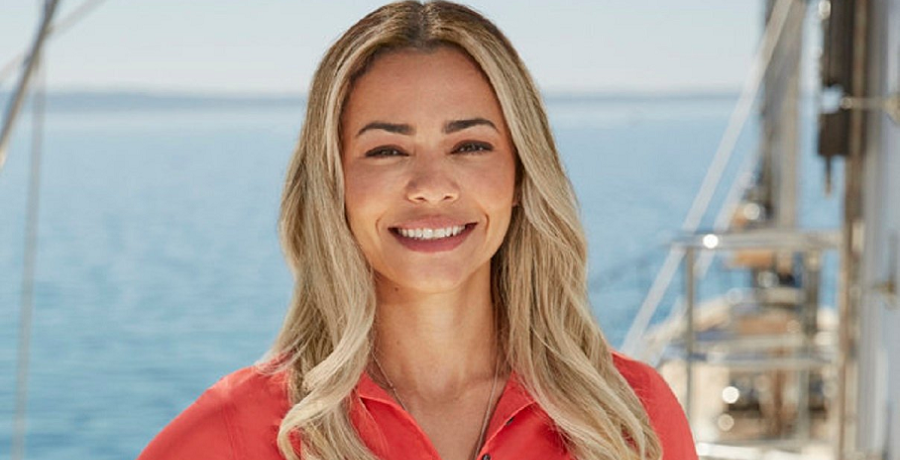 Taking it into her own hands. Below Deck Sailing Yacht star Dani Soares spoke out about her pregnancy just days after making the announcement. On Sunday, April 25, the former yachtie shocked fans when she announced that she’s pregnant with her first baby. For weeks, rumors swirled that she was pregnant with Jean-Luc Cerza-Lanaux’s baby.

Apparently, a fan shared a photo of Dani’s pregnant belly while at work at a hospital. The person shared the photo on social media without her permission. So, Dani decided to share the news with her fans and followers. The Bravo star said she’s happy that it’s all out there now.

Some Below Deck Sailing Yacht fans think Jean-Luc is the father. What doesn’t help is the midseason trailer, which shows Dani telling him that “it’s God’s will” if she becomes pregnant. In her exclusive interview with The Daily Mail on Wednesday, April 27, Dani was asked if her co-star is the father of her unborn baby.

“I’m very far,” she says before she breaks into a laugh.

The 33-year-old said that it “definitely” hasn’t been an easy pregnancy and she’s far along. However, she won’t reveal how far she is. Some fans think that she’s about seven months pregnant and could give birth soon. Dani revealed some of the changes she’s gone through the past few months.

“Once you get to a certain stage you just can’t sleep properly anymore, it’s like what your life’s gonna be like after the baby’s here,” she said. “And I’ve been eating so much sweets… it’s pregnancy cravings because I’m usually more of a savoury person and I’ve been binging ice creams and cakes and stuff like that — it’s not like me at all!”

The former stew was also quiet when she was asked which of her cast members she’s kept in touch with since filming the show. Dani carefully chose her words throughout the interview and made sure not to name anyone specifically. She said that “everybody wants to know” about her pregnancy, but she hopes to keep the details private.

Fan shared a photo of pregnant Dani Soares without her consent

The Below Deck Sailing Yacht star is understandably protective about this news. She revealed that a fan of the show posted a photo of her with her baby bump on social media. This is what led Dani to make the announcement on Instagram. She was hoping to hold onto this news a little bit longer.

“I was just trying to hold onto it a little bit, it’s such a personal thing, but I’m actually very relieved that it’s out there and everybody knows about it,” she explained. “It was upsetting and inappropriate if I’m being honest. I work in a private clinic and I wasn’t aware that the picture was being taken but it’s out now. It’s okay, I forgive this person.”

While Dani kept tight-lipped about the identity of the baby’s father, some fans think it’s Jean-Luc. The couple has already hooked up two times on the show so far. As for Dani, she wants to focus on motherhood and finishing her nursing degree. She also confirmed that she left yachting to pursue her new career.

Did Loren Brovarnik Already Have Her Second Baby?
Matt Roloff Dishes On Retirement & Which Kid Will Take Over The Farm
Does Parker Kate Busby Suffer From A Pediatric Disorder?
Myrka Cantu Claps Back At Allegation She ‘Trapped’ Ethan
Winder Family Releases Strong Statement About Recent Backlash