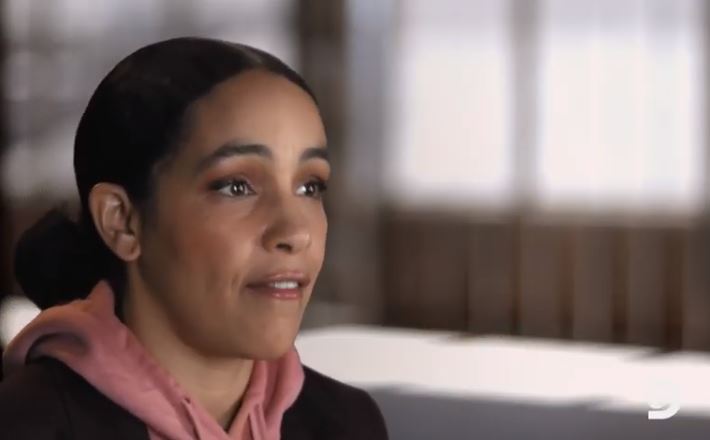 On the next Undercover Billionaire, we head to Tacoma, where Monique Idlett-Mosley is gaining traction in her new venture.  In the clip,  T’wina Nobles of the Tacoma Urban League of Tacoma gets a lesson on the healing properties of ginger and turmeric.

The series is now airing on Discovery. The three moguls—Monique Idlett-Mosley, Elaine Culotti, and Grant Cardone—are excellent representatives of tenacity, smarts, people skills, and drive needed to make it to the top.

The twist of the series is that these three billionaires are stripped of their assets contacts and left with minimal coin ($100) and dropped in an unfamiliar city, and are asked to create a solvent money-making business in 90 days.

In TV Shows Ace exclusive clip, we see how Monique is translating her road to wellness and juicing ideas into one the community can embrace and discover, too, as T’wina Nobles learns about the natural inflammation fighters.

Tacoma gains Monique, Pueblo gets Grant and Fresno is where Elaine lands

The other turn is that these three movers and shakers are very different people. Even the original Undercover Billionaire, Glenn Stearns, said in a past interview:

Monique had been through a lot, right? She’s a tough, tough woman, but adversity has definitely made her stronger single mother, a lot that’s going on in her life. She’s able to take that and harness that and use it for her own and other people’s good because she really cares about the community. She cares a lot about other people. She’s a wonderful lady.

Grant…he and I are 180 degrees opposite. He’s very loud, very unapologetic. And yet to your point, very charismatic, and he’s the guy you’d love to hate, and, because he wants to make sure that you realize in his world, you have got to be very aggressive and have a take no prisoners kind of attitude. When you get to talking to Grant, he’s a wonderful guy. I mean, and he’s very likable. It’s really fun to be around him.

And then Elaine, my goodness to your point, she was in a man’s world, right? I mean, in construction and she is just really a tough woman, she’s aggressive and fearless. She’s a wonderful lady. So you’re going to have a lot of different personalities coming into this, and doing it completely different.

Monique is translating her journey to health as the business model to bring a fresh opportunity—in so many ways— to the Tacoma Black community and beyond, as she shares her success in regaining her health. Her sincere enthusiasm and “selling” of her mission win people right over to her. They can tell she’s not a flim-flam salesperson. She exudes real character and confidence.

Reign Ventures CEO Monique Idlett-Mosley left her swanky Miami home and was sent to PNW city,  Tacoma. In 90 days, she must create a $1 million business. Her assets? An old pickup truck, a new phone, and $100.

At the end of 90 days, she reveals where her local Tacoma people have come to help build her vision to find out her true identity.

Tacoma is not Seattle and has many depressed areas. But like all cities in the Pacific Northwest, the upswing is real, and the energy coming into the region is strong. Optimism is on the rise.

Monique’s journey is inspiring not just for women but anyone of color who wants to strike out and try to build a business.

Idlett-Mosley had never visited Tacoma before “Undercover Billionaire,” but she’s already been back once since filming ended in late October.

In her journey, she gains the trust and help of a church pastor, Startup253, the Tacoma Public Library, and T’wina Nobles, president of the Tacoma Urban League featured in our clip below, elected to the Washington state Senate last year.

Please tune in to see how she gains the trust of so many people and begins building out her juice business:

Undercover Billionaire airs at 9 PM on Tuesday on Discovery.