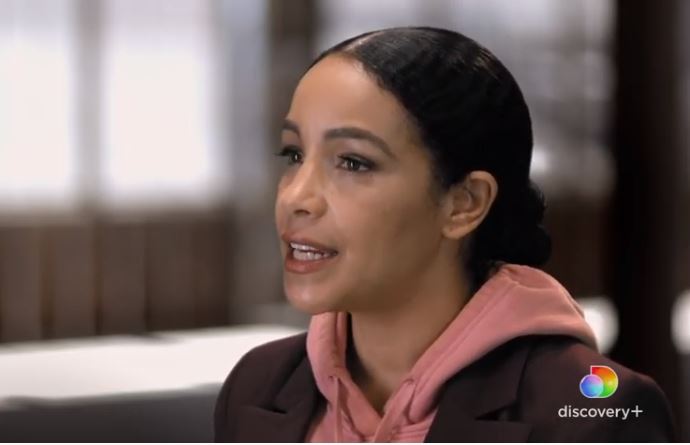 On Wednesday’s Undercover Billionaire for discovery+, Monique Idlett-Mosley gives us a lesson in the importance of consistency when creating a retail product in a start-up business. Her task is to perfect her apple ginger shot and the recipe has to be fine-tuned to make sure the taste is on the money.

Under a false name for the series, Idlett-Mosley is creating a health-centric juice truck and cafe to cater to the underserved Tacoma community and boost her brand.

The series is a fascinating look at three savvy billionaires turned loose on Tacoma, Pueblo, and Fresno who collectively are creating businesses out of little to no resources save for their talent and ability to build teams.

Monique Idlett-Mosley ginger and apple smashing for the win

This week’s exclusive TV Shows Ace preview shows exactly how Monique Idlett-Mosley is a tried and true boss when it comes to not only creating an intriguing money maker, but a useful and socially conscious business that addresses the immediate needs of the Black community of Tacoma, Washington.

On Undercover Billionaire on discovery+, Monique Idlett-Mosley shares she perfects her recipes, but in order for other people to be able to make the same recipes, they have to be hammered down hard.

She says: “We have to have an exact recipe of the exact consistent taste.”

She adds: “Consistency is key. Anyone making your products needs to make them to your standards to ensure that customers are having the same brand experience no matter where they are.”

In the exclusive clip below we see she has an assembly line with apples and ginger, trying to get the ratios right.

At first, they use a half-pound of apple to a quarter pound of raw ginger, but it proves to be too spicy.

Noting that she likes the heat and spice, she cedes that the average customer likely will not. Monique says: “Because if this is it, then now we at least know for every pound of apples then we can do a half a pound of ginger.”

But it is still too spicy.

The final recipe is now a pound and half of apples to a quarter-pound of ginger.

Idlett-Mosley says: “Now that my recipe is solid and the shots will always taste exactly the same, I have to start searching for local vendors to sell them.”

Our intrepid achiever Idlett-Mosley has repped big names in music, from megastars like Kanye West, Timbaland, One Republic, Nelly Furtado, and Chris Cornell and T.I.

She helped create a record label and co-founded Reign Ventures, an investment firm that focuses on start-ups run by women and minorities.

The Tacoma experiment so far has Idlett-Mosley “undercover” as Monique Lemai. Her journey began with her meeting Senior Pastor Gregory Christopher of Shiloh Baptist Church where he arranged for her three nights board at the hotel, in exchange for volunteering at the church.

She never looked back and networked like a fiend, and in the early days of the series production she landed a job and came up with a business idea for a juice cafe, after making fortuitous connections with State Senator T’wana Nobles and Tacoma Mayor Victoria Woodards.

Watch her masterclass in consistency:

Tune in today on discovery+, streaming the new episode now.