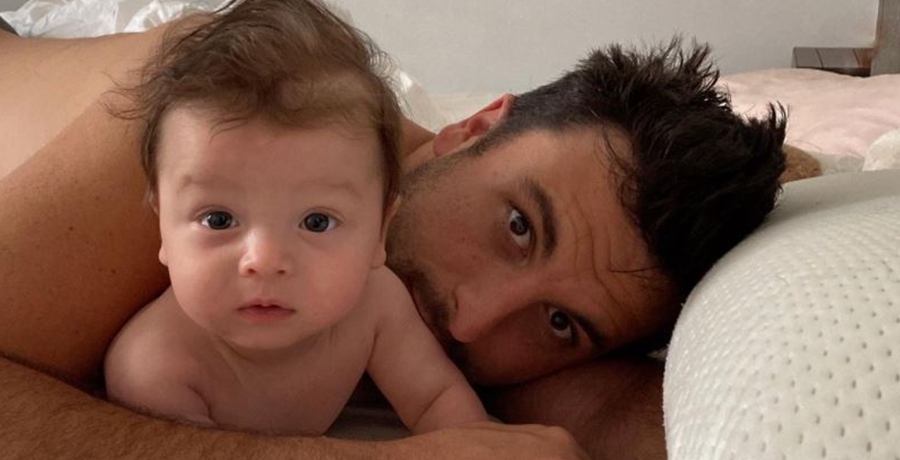 Tanner Tolbert just turned 34 years old. The Bachelorette and Bachelor In Paradise star, now a dad with three kids received a very sweet message from his wife, Jade Roper. Fans know the ABC couple seems like one of the major success stories of the franchise. So naturally, when Jade shared her post on Instagram, a lot of fans sent in their best wishes for his special day.

In January this year, Jade shared how they went on a staycation for their anniversary. They took along their son, Brooks, baby Reed, and their daughter, Emmy. Tanner certainly took to the idea of being a family man. Notably, fans love it that he and Jade first met on Bachelor in Paradise. Jade and her husband seem very focused on their little family, and yet, they might have sailed past each other in the winds of life without the ABC show. Fans see that they obviously love each other deeply.

Tanner Tolbert originally competed for the heart of Kaitlyn Bristowe in Season 11 of The Bachelorette. Fortunately for Jade, she sent him home. However, a fan-favorite by then, ABC cast him in BiP on Season 2. Meanwhile, Jade competed in The Bachelor, Season 19 where she hoped for the heart of Chris Soules. That didn’t work out, but she then met Tanner on the island. Later, Tanner married Jade in 2016. Their daughter Emmy came along the following year. Actually, Jade said on Here for the Right Reasons in April that she enjoyed more quality time in “two days” with Tanner on BiP than in her season with Chris Soules.

On May 2, Tanner Tolbert turned 34 years old. Taking to her Instagram, Jade shared an old photo of them kissing. In her caption, she wrote, “Happy Birthday to my loyal, loving and hunky hubby!” Then she added, “I love you, @tanner.tolbert!” Thinking of the kids, she also wrote, “Emmy, Brooks, Reed and I so lucky to have you as our #1 guy. Cheers to another year around the sun. ❤️❤️ ” Well, her hubby responded with a heart emoji.

Of course, a lot of ABC fans wished Tanner Tolbert a “happy birthday.” A few of them told him that they share the same birthday. Naturally, his birth date means that Tanner’s a Taurus. It looks like Jade landed herself a passionate lover, a hard worker, and a keeper when she married him. One fan wrote, “You two are the perfect pair! 😍.” Their popularity becomes evident as over a quarter of a million BiP fans viewed the birthday post.

When you first saw young Tanner Tolbert on The Bachelorette, did you think he’d end up a family man with three kids and a devoted wife? Sound off in the comments below.