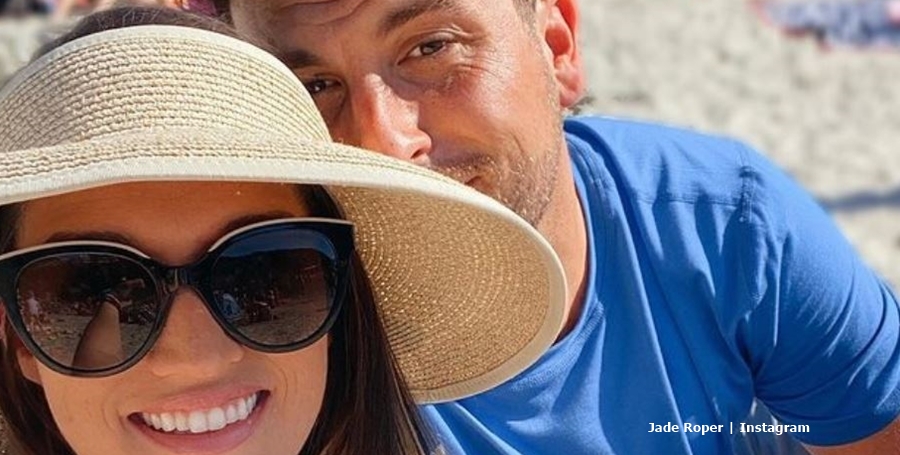 Jade & Tanner Tolbert just celebrated their fifth wedding anniversary with a staycation. They spent time with their son Brooks, Reed, and their daughter Emmy, who took the photo that Jade shared. Actually, that little girl shows some remarkable talent with the camera. The photo revealed some beautiful scenery behind the Bachelor in Paradise couple.

Last year, Tanner and Jade enjoyed their fourth anniversary. At the time, on Instagram, she shared a nice picture of her and Tanner standing in a lakeside landscape. She captioned it with, “Happy 4th Anniversary, my love!” As with many people in love, she noted, “Feels like it was yesterday we said our vows, but also like an eternity ago. Lol 😝.” And she noted how their lives changed with Emmy and the arrival of their second child Brooks.

Jade & Tanner Tolbert spent time in 2020 at some beautiful looking place that fans thought might be in Arizona. Now, on January 23, Jade shared about their current celebration. Actually, she said in the hashtags that Emmy took the picture. She also geo-tagged it as #Windansea Beach. Plus, she also tagged @brian.claypool and thanked him for making it possible. His Instagram notes he owns a La Jolla Beachfront Home.

In her caption, Jade explained how “Tanner surprised” her with the “staycation getaway.” Additionally, she felt very thankful they celebrated their love with the family. Many Bachelor in Paradise fans liked the photo and a few of them noted how good Emmy seems with photography. One of them commented, “That’s a great picture that Emmy took. Photography may be in her future!! ❤️❤️.”

Other people who stayed there recommend it as a really beautiful location. Of course,  a lot of congratulations also went the way of Jade & Tanner Tolbert. And some BiP fans can’t believe how fast five years passed by. The List reminds fans how they met through the ABC show in 2015 and married inside of a year after that. By August 2017, they welcomed little Emmy into their lives. Later, along came Brooks. And now they have cute little Reed as well.

Not a totally problem-free marriage

Fans who follow Jade & Tanner Tolbert might assume their marriage journey was all bliss and lightness. But they went through their problems like everyone else. You might recall they participated in WEtv’s Marriage Boot Camp: Reality Stars. At the time, they felt everything came rather rushed on the ABC show. So, they needed to find common ground after their whirlwind romance.

Now, they look very solid and their gorgeous family keeps BiP fans enthralled. Touted as a major success for the show, everyone wishes them a long a happy life together.