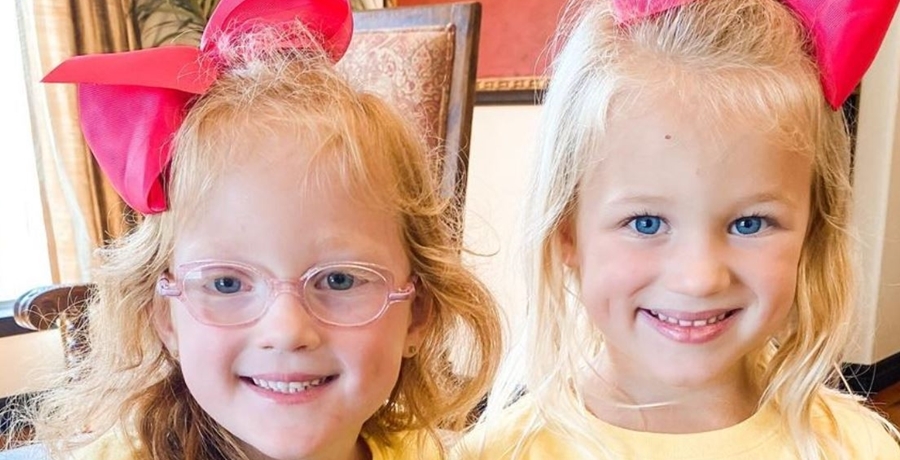 Hazel Busby, like her sisters, often visits the dentist for regular checkups. Adam and Danielle Busby make sure their kids get their dental health attended to regularly. Often, they split up the quints as taking all six daughters at one time would be a bit overwhelming. Now, news comes about Hazel, but it’s not a dental emergency. She lost a  tooth and kept it for the Tooth Fairy.

Hazel Busby experienced dental emergencies in the past

We reported in October 2020 that the red-headed quint ended up pulled from school. The OutDaughtered child needed urgent treatment at the time. Well, fans later heard that the little TLC star did well at her emergency dental appointment. Apparently, the dentist discovered a chipped tooth at the back of her mouth. Perhaps he discovered it when he looked at the x-rays. Fortunately, it was fixable and didn’t seem too traumatic for her. However, that’s not the only mishap that she suffered with her teeth.

Just like her sister Olivia, Hazel Busby also lost baby teeth. In November last year, Olivia, the second-born quint lost her first baby tooth. She was the first quint who lost a tooth. In fact, we noted that she also cut her teeth ahead of the other OutDaughtered quints. At the time, fans thought that a lot of loose and wiggy teeth might start falling out in the Busby family. Well, it turns out that Hazel also lost a tooth not long after Olivia. However, the @itsabuzzworld account on Instagram revealed something more about it.

Saving the tooth for the Fairy

Hazel Busby just lost a second tooth and she carefully placed it in a packet under her pillow. It looks like this time, the Tooth Fairy gets a bit better luck than when the first one fell out. In the caption on a post on May 1, the OutDaughtered dad noted: “the first lost tooth” that came out, “Hazel lost before bedtime 🤪.” So this time, she held up her tooth sealed in a baggie. Clearly, she’s taking more care this time. Adam added, ” This time the tooth is making it under the pillow for the tooth fairy 🦷 🧚‍♂️.”

According to The Mayo Clinic, kids start losing their baby teeth at about the age of six. Hazel Bubsy and her sisters just celebrated their sixth birthday. So, it looks like the OutDaughtered kids are close to spot-on in meeting their dental milestones. It happens when the permanent teeth start pushing the baby teeth out.

What do you think about Hazel Busby taking very good care of her lost tooth this time around? When she lost the first one, do you think she negotiated with the Tooth Fairy? Sound off in the comments below.