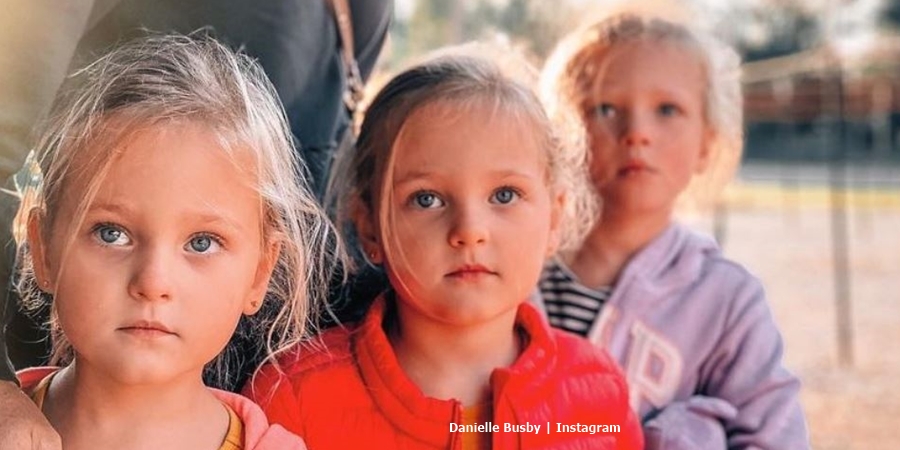 Quint Olivia Busby a.k.a Lulu and her twin sister Ava arrived first. Well, Ava arrived first, but Olivia came right behind her. Later, Lulu beat the others out when it came to growing baby teeth. And now, she lost her first baby tooth ahead of the other OutDaughtered quints as well.

Often, fans of OutDaughtered see the quints and big sister Blayke visit the dentist. In fact, we reported that recently Blayke had two teeth extracted for her braces. Adam took her to the orthodontist and said that she dealt with it bravely. And, over the past few months, fans saw the quints go along for their checks at the dentist as well. Mom Danielle came back and told her TLC fans that they all check out just fine. So, Lulu losing a tooth isn’t a sign of something wrong.

On Tuesday. November 24, Lulu went to her mom and told her that her tooth went “wiggly.” Danielle looked as she displayed her tooth. And then she said on her Instagram Stories that Lulu’s the first quint with a “wiggly tooth.” Quint Olivia Busby didn’t look too happy with beating out her sisters when it came to that. Danielle also mentioned she also got the first baby tooth of all the little kids.

Twohigdentisty. com notes that most kids start losing their first baby teeth between four and six. But, some might lose their first one as late as seven. Possibly, as the quints all arrived on the same day, Riley, Ava, Hazel, and Parker start getting those “wiggly” teeth in the near future as well. Although Danielle didn’t mention it, possibly the tooth fairy becomes quite busy in the next few months.

Did the quint Olivia Busby get a visit from the tooth fairy? The outlet notes that back in the day, legend has it that witches used baby teeth in their spells. So, people either burned them, swallowed, or buried them. But, thankfully, along came the idea of a tooth fairy who took them away and kept them safe. Nobody really knows why the tooth fairy pays for teeth, but kids enjoy it anyway.

Order of tooth loss by the OutDaughtered quints

The Busby kids, if you don’t know, arrived in the following order: Ava, Olivia, Hazel, Riley and then Parker. So maybe Ava gets a “wiggly tooth next,” then Hazel, Riley and finally, Parker. However, it’s hard to really pinpoint it like that. Nevertheless, that little milestone will be an interesting thing to watch with the adorable TLC kids.

Possibly, Riley wishes she was the first and not quint Olivia Busby. Little Riley, as fans know hates being beaten out by anything!