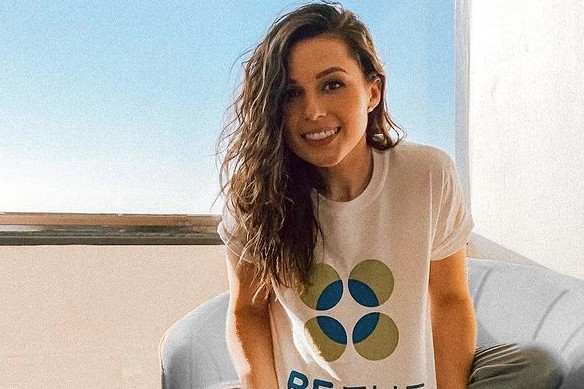 Fans of The Bachelor and The Bachelorette are amazing when it comes to digging deep to find spoilers. So far, Reality Steve has said nothing in regards to Katie’s season past the first impression rose. Now, Katie Thurston has wrapped filming and even earlier than planned. Is she in love? Is she engaged? Keep reading to find out what one fan dug up about Katie.

When Bachelor fans want to know something, they dig deep. Katie Thurston wrapped her season of The Bachelorette a week early leaving fans wondering what happened. Did she find love? Katie certainly looks happy in photos and videos since returning to Instagram. In fact, on her Instagram Story she teases about her family looking for a ring on her finger.

Now, it’s the location Katie is in that has people talking. TheBachRecap on Instagram has shared an interesting theory as to who may have got Katie’s final rose. Keep in mind, it’s all guessing and speculation at this point. There is no solid evidence. 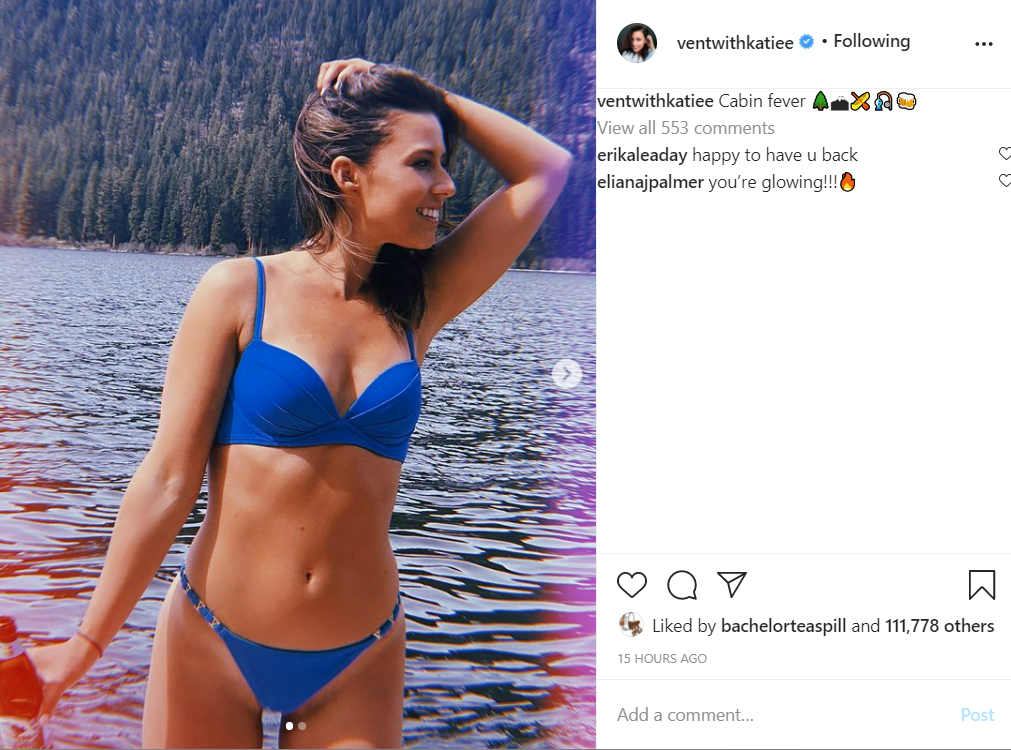 Katie is seen at a lake at an undisclosed location. She says “cabin fever” on her post. Everyone knows by now that Blake Moynes left Canada to join Katie’s season after filming began. He wasn’t active on Instagram until after Katie’s season wrapped. Coincidence? Maybe or maybe not.

Blake is definitely outdoorsy so what better way to hide than at a cabin on a lake. The post by BachRecap says they believed the location could be Blake’s lake house in Ontario. However, many fans jumped in quickly to say no way because of closed borders between the United States and Canada due to Covid-19. Others went on to say it looks like a lake in Washington, which is where Katie is from. 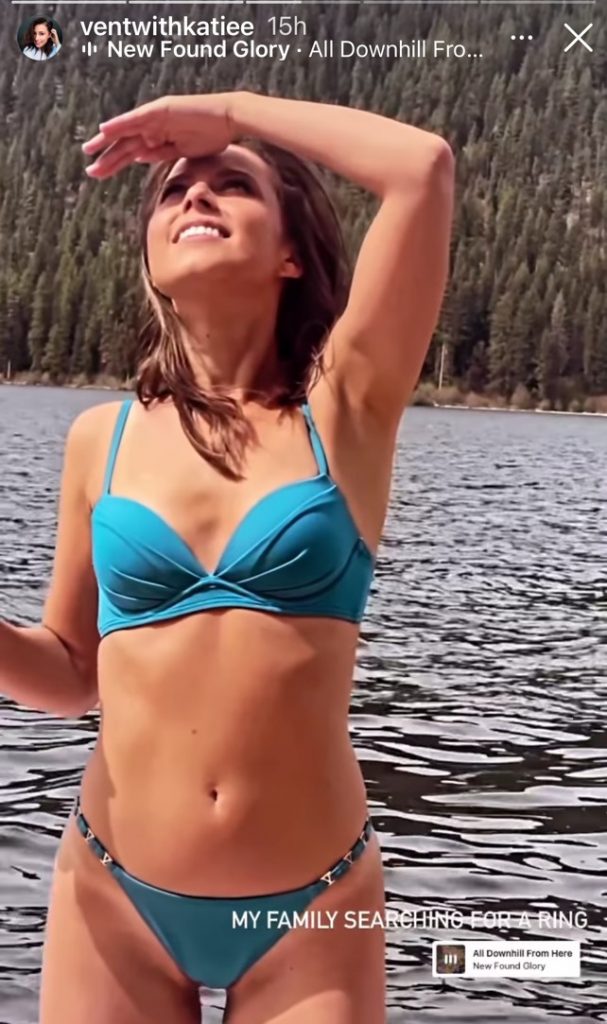 Everyone is anxious to know who won Katie’s heart if anyone. She teased a new healthy relationship in a video she shared regarding getting the vaccine. Hopefully, fans will keep digging and Reality Steve will come through with some huge spoilers! Fans will be watching even more closely now. In the past, winners have been determined from Venmo transactions, Snapchat slips, and other social media mishaps.

Needless to say, many fans will be ecstatic if Blake is the final rose winner. He first appeared on the franchise during Tayshia Adams and Clare Crawley’s season of The Bachelorette. Fans were wanting to see Blake and Katie on Bachelor in Paradise. However, he shocked all when he showed up to compete on her season.

Do you think Blake could be the winner? Did Katie pick anyone?