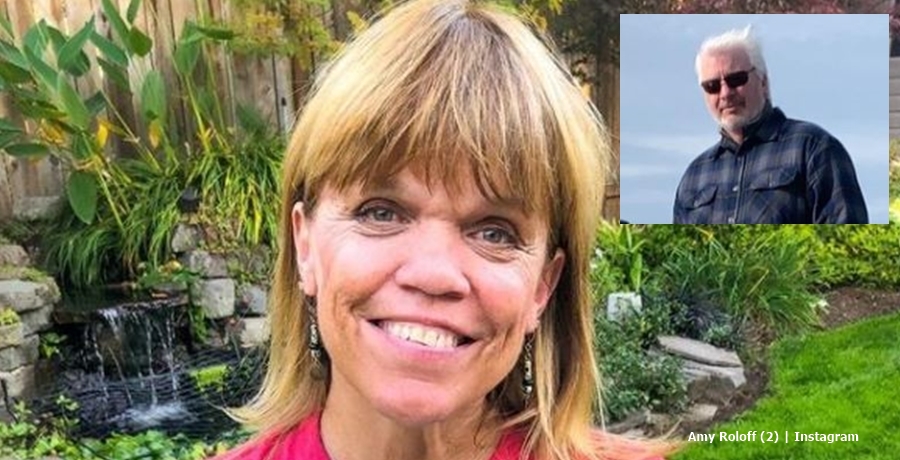 Amy Roloff and her best friends flew out of Portland, Oregon and left Chris Marek behind. However it seemed like a good cause, so probably, he doesn’t mind at all. In just a few months, he and Amy finally tie the knot. Actually, a teaser for Little People, Big World revealed that she might consider marrying on the farm. In the meantime, she enjoyed selecting a dress for the big day with her friends in attendance. Now, the girls got together for a fun time in California.

The matriarch of, Little People, Big World seems very happy as she prepares for her big day. Actually, fans can’t wait for the big event and they often plead for TLC to screen it on the show. Fans watched the two lovebirds for some years now, and they like what they see between Chris and Amy. As she grows more excited about the wedding a few spoilers come from her Instagram. We reported that on April 26, she talked about her grandchild Ember at the wedding.

Amy Roloff shared a story that showed Audrey Roloff’s daughter holding a basket of flowers. Smiling, Amy told her fans that Ember will act as her flower girl. Additionally, she mentioned how excited Ember seems about it. Hopefully, she also finds something for little Jackson Roloff to do when she weds her love. With so much excitement around, it seems nice that Amy took some time off with friends, even if it meant leaving Chris behind. A lot of things go into making a wedding perfect, after all.

Palm Springs and a pre-bachelorette party with her besties

Amy Roloff took to her Instagram on April 27 and shared a photo of herself with Lisa Dixon and Debee. In her caption, Amy described their time in Palm Springs as a bit of a pre-bachelorette party. As they sat in the restaurant, fans know that the Little people, Big World star probably enjoys herself immensely. After all, fans know she’s a foodie. Her caption also talked about how “girlfriends are a treasure.” Certainly, there’s nothing wrong with leaving Chris at home while she spends time with her besties. Hopefully, even after they tie the knot, she still makes time for girl time.

Friend of Amy Roloff, Debee also shared a photo or two on her Instagram and revealed that they stopped in at “La Quinta Lavender Bistro❣️ 🌴.” Actually, the view looks stunning in her second photo. It certainly seems that Amy gets her wish for “a little sun, walking, mimosas, cosmopolitans and of course good food.” Perhaps Chris looks after the house in her absence. Or, he might take off on his motorbike and hit the road with his friends.

What are your thoughts about Amy Roloff leaving Chris behind while she takes some time out in Palm Springs? Sound off in the comments below.