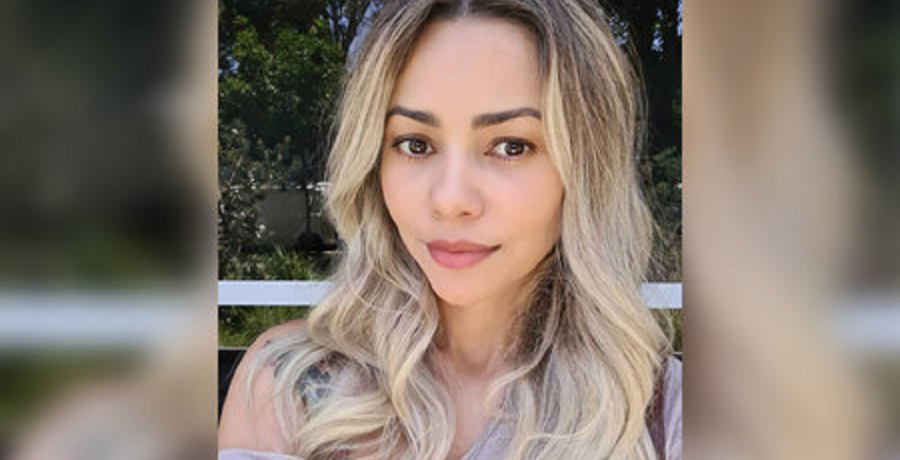 Below Deck Sailing Yacht Season 2 star Dani Soares shocked fans when she announced her pregnancy. However, the Bravo star dropped major Easter eggs leading up to the announcement. Some fans had a feeling that she was hiding something important. On Sunday, April 25, Dani shared a new selfie on Instagram.

The photo featured her wearing a black crop top with matching underwear. She showed off her baby bump, revealing the big news she kept secret for weeks. The yachtie snapped the photo of herself in her bathroom. Dani captioned the post: “It’s just you and I little baby ❤,” indicating she’s going to be a single mom.

Find out how Dani dropped hints about her pregnancy.

Below Deck Sailing Yacht star hinted at her pregnancy for weeks

On March 18, Dani posted a photo of herself on the set of Below Deck Sailing Yacht. It looks like it was shot on the same yacht she worked on on the Bravo series. The photo shows her wearing a pink, white, and blue tie-dye one-piece swimsuit. Dani adorned her look with a brown hat.

“That one good thing of filming during a pandemic: pretending you are the guest for a few hours,” she wrote in the caption. Then, she added: “Also I don’t look like that anymore.”

One Below Deck fan asked her “what happened” since then. Dani joked, writing: “Quarantine in Australia happened.” She then hinted that she left the yachting industry behind. In her Instagram post from April 11, she announced that she’s going back to school.

“I’ve been working and studying full time and been really anxious trying to achieve it all but I’ve got to a point that I was constantly tired so decided to take this week to rest,” Dani wrote. “I’m very privileged and grateful to be able to do that.”

At the time, she only shared a photo of her face. Fans wanted to know what she was studying. That’s when she revealed in the comments that she’s studying to become a nurse.

Below Deck Sailing Yacht Season 2 shows the cast members partying and drinking in between charters. She also revealed that she stopped drinking alcohol on Instagram’s “Pity Party.” Dani joined Daisy Kelleher and Alli Dore for the special episode. Viewers loved seeing her act calm during the crazy crew dinner on last week’s episode.

Dani admitted that she was just being “drunk Dani” during that time. She has stopped drinking since then and advised her fans to do the same. It sounds like it was a personal decision for the stew at first. Now, she has an even better reason not to drink.

“Man, so much to happen still,” she reflected back. “That was just the first drunk Dani. And I don’t get drunk anymore. Don’t drink. It’s not good for you.”

Last week, Dani teased followers with a selfie along with the caption: “Karma is a b*tch, watch out.” Since announced her pregnancy, she’s received support from her Below Deck Sailing Yacht crew members like Alli, Daisy, and Natasha de Bourg. Fellow new mom and former Below Deck Med chief stew Hannah Ferrier said she’s ready to have play dates with her.

‘Below Deck Down Under’: Where Can You Watch It?
Does Ivy Seewald Have A Future On ‘American Idol?’
‘Days Of Our Lives’ Two Week Ahead Spoilers: Gwen Gets Played – Jan Brags To Claire
Joshua Bassett Confuses Fans: Is He Coming Out?
Jinger & Jeremy Vuolo’s Readers Say Book Is ‘Boring’ & A ‘Money Grab’