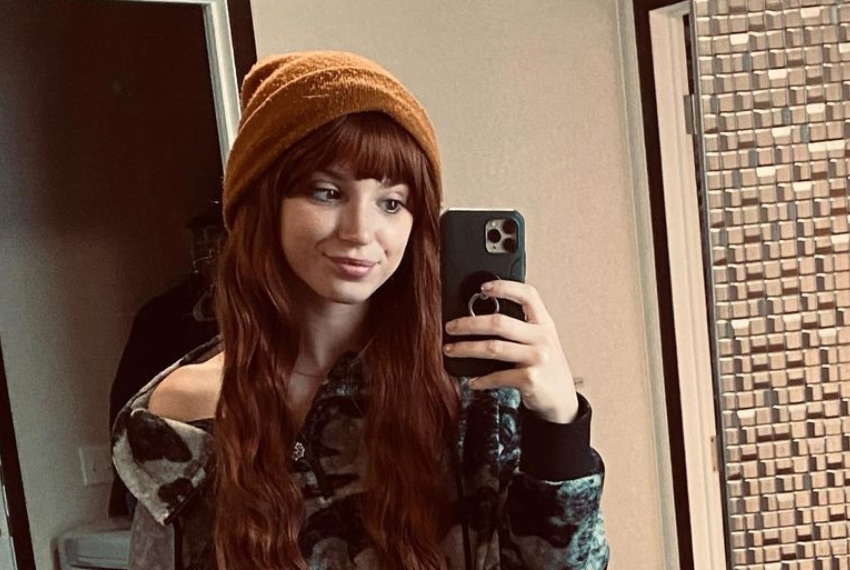 Unexpected star McKayla Adkins took to Instagram to share some exciting news. She’s engaged! So, what do we know about her engagement and who she’s marrying?

On Instagram, McKayla shared a photo of her engagement ring and wrote, “Engaged to the loml.” The stone is an uncut amethyst, surrounded by gold branches.

She and her boyfriend have been together for a year, but she hasn’t shared much about him on social media. Fans don’t even know his name. Nonetheless, it sounds like her boyfriend popped the question in an interesting way. When fans asked about the proposal, McKayla said, “We had a sensual night, and then he proposed because I gave him some good pu**y.”

Not everyone seems to be happy for McKayla, and some are talking about how she was engaged to her baby daddy Caelan Morrison before. So, in a Tik Tok, she responded. She said, “I love how people are so invested in the last time I was supposed to get married and how I’m getting married now. The fact [is] that people are really concerned about it! [They’re] like, ‘Hopefully you don’t call off this wedding, too.’ OK, I actually love this dude and he treats me amazing.”

Then, she goes on to reflect on her relationship with Caelan and how things went wrong. She says, “My last relationship was sh*t. So it’s a good thing me and him didn’t get married, especially for our children. And even though that’s none of your business, I have to put it out there because it was on TV forever ago. Like, literally years ago. So, I was supposed to get married in 2018. It is now 2021. I am about to be 21 years old. Back then I was 17. So don’t you think things have changed by then? Not to mention, there have been plenty of things that have happened that make me even more happy that I didn’t get married in the past. Not to mention a TV show was pressuring me to get married, so definitely not the right reason.”

So, it seems like McKayla feels more confident about her marriage this time around. Fans hope things work out for her.

Y’all really reach for any flaws in my life but baby, I’m thriving #engaged and the fact y’all TLC fans are still coming for me is weird

Are you excited for Unexpected star McKayla Adkins? Let us know your thoughts in the comments below.

For more Unexpected news, check back with TV Shows Ace.