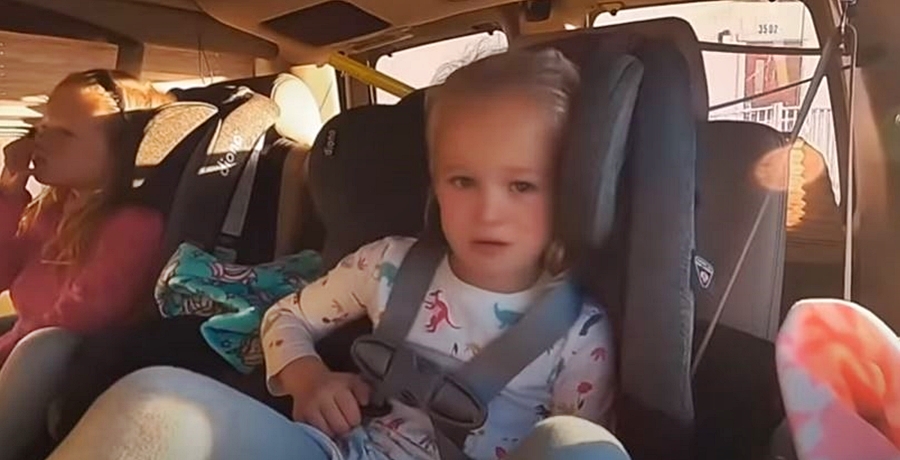 OutDaughtered quint Riley used to throw tantrums when she was a little kid. However, it looks like she never grew out of them. Actually, her sister Parker seems fed up with it. In Episode 9 of Season 8, the quint threw a huge hissy fit even before her dad, Adam stopped saying what he said. So, when Danielle popped up an unrelated photo this weekend, a TLC fan tackled her about it.

It’s certainly not the first time that TLC fans saw Riley throw a tantrum. While she’s smart and sharp she still acts like a baby sometimes. Perhaps at two or three, fans overlooked it. However, she’s six years old now. Even the other quints seem irritated and disgusted by her behavior sometimes. Her mom, Danielle told her fans that Riley’s the boss and very independent. When asked about which child is the most independent, Danielle said, “Hands down Riley is…You didn’t know she was already 30 years old.” Well, one fan thinks that she’s way too old for throwing tantrums like a kid going through the terrible twos.

OutDaughtered quint Riley threw her hissy fits since her younger years. In fact, back in 2018, when Riley was about three, Adam talked about it. 2paragraphs.com reported that Adam said, “[Riley] thinks everything is about her and she will not back down.” The clip the outlet referred to revealed Riley throwing things in a temper tantrum at her sisters during dinner. Adam admitted that “She’s bossy, she’s the toughest, she will pick a fight, and she will win.” Talking about her terrible tantrums, Adam, said, “She’ll get what she wants.”

At the time, Danielle defended her daughter, saying that she’s “cute” and “smart.” Well, at the age of six some fans don’t think temper tantrums are cute at all.

Riley even annoys her sisters

Last week’s OutDaughtered revealed quint Riley screaming, kicking her feet, and wailing about a snack. Driving down the road, Riley asked her dad for a snack. Well, he started answering, telling her that first, they need to do something at home. He didn’t even finish before she went into meltdown mode.  Crying and screaming, got a reaction from Parker. She said that she keeps on getting “a headache as Riley’s always crying.”  Plus, the other quints pulled disapproving faces and covered their ears.

OutDaughtered quint Riley throwing a tantrum annoyed one fan who asked Danielle about it. In her post that showed her out with four of the quints, a few fans asked where Riley was. But one fan tackled Danielle about discipline, They wrote, “I cannot believe the temper tantrum from Reily [sic] because Adam did not give her a snack.” They added, “Please show how [you] discipline the girls because most of what is shown makes them seem like well behaved girls.”

Well, Danielle never replied. However, Medicine Plus notes that tantrums usually taper off at the age of four. In fact, they rarely occur in kids older than that. Hopefully, her tantrums don’t get any worse. The website notes, “The American Academy of Pediatrics recommends that you call your pediatrician or family physician if…tantrums get worse after age 4.”

What are your thoughts about OutDaughtered quint Riley still throwing tantrums at the age of six? Sound off in the comments below.