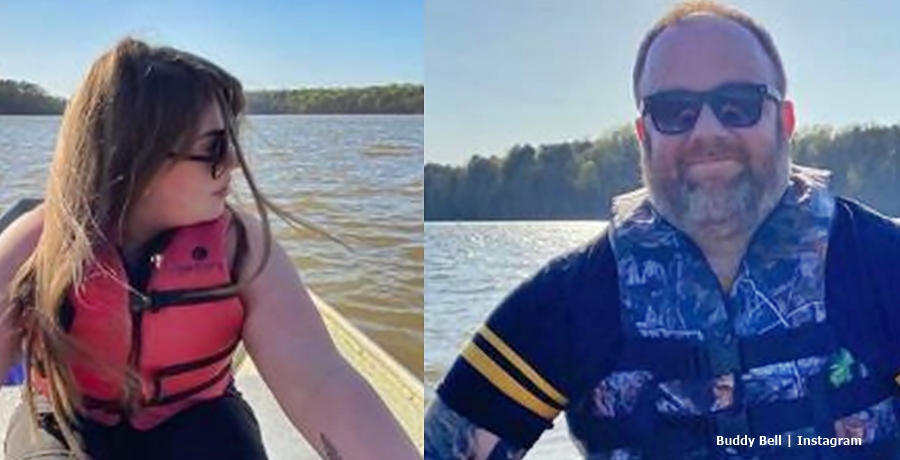 Buddy Bell briefly stirred rumors that he possibly married  Courtney Renee Marsh. However, it seems that came as a result of people not reading his caption property. Some MBFFL fans thought he’d never make it to the altar anyway. After all, he falls in and out of love so fast they can’t keep up. In fact, some fans thought he still dated Brittany who they saw with him in the last season of My Big Fat Fabulous Life. So, is he still dating Courtney?

Buddy Bell last posted photos of himself with Courtney weeks ago

TLC fans noticed that Buddy stopped sharing photos of himself with Courtney on April 5. Prior to that, we reported that a lot of confusion arose when he shared a clip revealing them at a wedding. Astonished fans thought they already tied the knot! However, it turned out that they went to some else’s wedding. Only, Courtney caught the bouquet. So, that might bode well for the future, but they didn’t marry each other. Naturally, skeptical fans seemed relieved.

Many My Big Fat Fabulous Life fans think that Buddy  Bell should just date and marry Whitney Way Thore. After all, they kissed and enjoyed a one-night stand. However, Whitney repeatedly claimed they love each other differently. While they remain good friends, she won’t marry or date him. In February, Whitney told her MBFFL fans that she and Buddy remain “homies.” Plus, she seemed very irritated with them for talking about them dating. Actually, she finds it rather “invasive.” After all, they can’t know Buddy and Whitney as well as they know themselves.

Actually, the last thing Whitney needs is someone who loves her and then dumps her as fast as Buddy Bell dumped Brittany Sherman. Well, after a gap of about three weeks, Buddy finally posted up another photo of himself with Courtney. On April 25, the MBFFL star posted up a photo of himself with Courtney. He said in his caption, “We’re tiiiiiight! ♥️” Actually, they look close and cuddly, so maybe this time, something comes of a love relationship.

One MBFFL fan commented, “Awww you guys look so cute together 💕. It’s nice to see a smile on your face Buddy 😊.” Another TLC fan noted, “You look great together. ❤️”

Actually, Buddy Bell looks relaxed and very content  with his girlfriend. Perhaps this time, he finally settles down. Who knows, they might even produce kids one day.  A lot of fans think he’d make a great dad.

What are your thoughts on the fact that Buddy Bell and Courtney Renee Marsh still seem good together? Do you think the MBFFL star might finally stay in love long to marry her? Sound off your thoughts in the comments below.