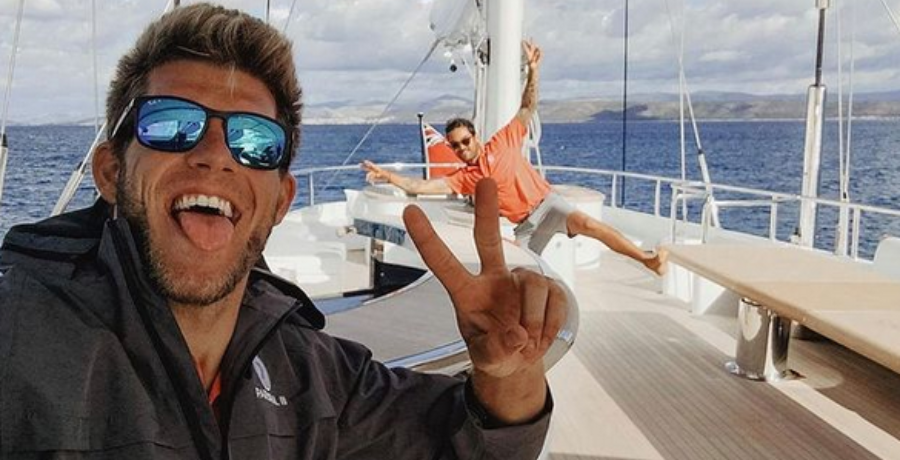 Below Deck Sailing Yacht stars Jean-Luc Cerza Lanaux and Dani Soares kissed yet again. The crew members first made out during a crew night out. Dani admitted that she enjoyed kissing him, but she also wondered what she was doing with her life. She felt that she was too old for him.

However, that didn’t stop the duo from stealing kisses during a charter. The cameras panned the crew mess and almost missed the latest between them. The two were working the late shift and tried to steal some kisses when they thought no one was watching. While Jean-Luc made it clear he was into Dani, she resisted even if she found him attractive.

The Below Deck Sailing Yacht stars got cozy in both the crew mess and the galley. Luckily, no one was around to see them. Even the cameras almost missed their kissing. Producer Jill Goslicky revealed that some of the littlest things, even kisses, can escape the cameras.

“There are a lot of little moments like this that we may be just miss – they’re just out of frame, and we rush to catch the last seconds of it,” Goslicky said during a recent Reddit “Ask Me Anything” chat. “Cast members stealing kisses, for instance sometimes we miss or don’t realize is happening until it’s at the tail end of the moment.”

There are also times when cameras miss the crew “falling or dropping something.” Since cameras are everywhere on board, it’s likely that most of those moments end up on television. Oftentimes, producers will catch these events or notice the aftermath of what happened. They claimed that they have no hand in any of the drama that takes place on board.

Goslicky even admitted that they don’t ask the crew to reenact anything that happened – even if it’s important and they missed it. On Monday night’s episode, the cameras panned and nearly missed Dani and Jean-Luc kissing, but eventually caught them mid-kiss. The two got a few kisses in, but their lips locked yet again in the galley.

It looks like the Below Deck Sailing Yacht crew members already know how to avoid the cameras. They know all the secret places to go to. Bosun Eddie Lucas from Below Deck talked about the ideal places to hook up without the cameras around. He hooked up with Raquelle “Rocky” Dakota in the laundry room before producers thought of putting cameras there.

During a You Encore event, he shared other places that the Below Deck crew members can get privacy.

“There are cameras all over the laundry room,” Eddie explained. “But the best place is, as always, is in your own bathroom. In the shower, in the bathroom. As Izzy says, make sure you wash it down.”

Eddie also heard about crew members hooking up or making time for some self-love in some of the strangest places on the yacht. One of those places includes the anchor locker. The best place is one that doesn’t have any cameras around, which are easy to find. It’s up to the crew to be sneaky and creative about it.

Ben Higgins Of ‘The Bachelor’ Mourns Someone Who Helped Him Get Clean
Spoilers For Thursday’s ‘General Hospital’: A Memory Haunts Alexis
Big Changes For Elizabeth Johnston, Is Amber Doing Alright?
Khloe Kardashian Bares Her Nude Body & Her Insecurities
WEtv’s Josh Efird Reveals Where He & Pumpkin Stand On ‘Mama June’